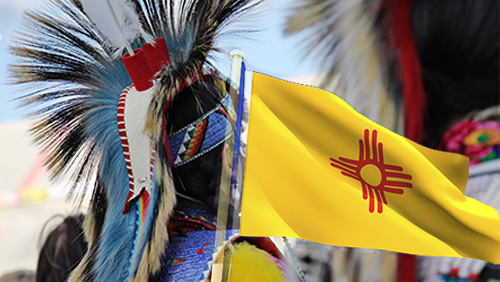 After years of fighting, leaders of the Pojoaque Pueblo tribe has relented to a new gambling compact with the state of New Mexico.

The tribe has been locked in a disagreement with Gov. Susana Martinez’s administration ever since its old gambling compact for its casinos located north of Santa Fe expired in June 2015. This prompted the Pojoaque Pueblo to turn to the U.S. Interior Department for a new compact, but the state government challenged that move in a separate lawsuit.

Pojoaque Pueblo accused the Martinez administration of wanting “unreasonably large share” of the tribe’s gambling revenue, but the state government said it only wants the tribe to accept the same arrangement that other tribes have adopted.

The ensuing legal fight ended in a loss for Pojoaque Pueblo with the appeals court ruling against the tribe in April, leaving the pueblo with few options.

On Thursday, Pojoaque Pueblo Gov. Joseph Talachy announced that he had agreed on the same compact terms that the Martinez administration had negotiated with several other tribes.

“It’s kind of a terrible game the state played, and it was done intentionally to squeeze exactly into where we are now,” Talachy said, according to The New Mexican.

Under the expired compact, the tribe paid 8 percent of net winnings to the state, amounting to between $4.5 million and $6 million a year. The new agreement will require the tribe to share 10.75 percent, which could deal a blow to Pojoaque Pueblo’s income.

Talachy said that because of the changing nature of the gaming industry in the state, it will be difficult for the tribe to recoup the revenue it lost on the higher tax, noting that “gaming has flattened out in New Mexico. It’s not increasing.”

Aside from Pojoaque Pueblo, seven other pueblos, the Navajo Nation as well as the Jicarilla and Mescalero Apache has agreed to the same gambling compact with the Martinez administration.