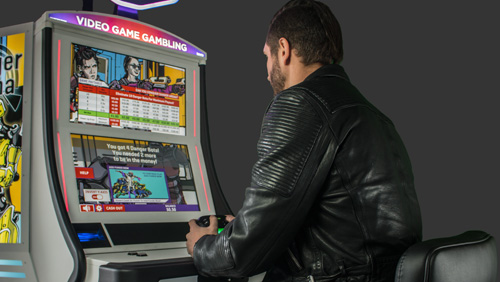 GameCo Inc. is preparing for a move to Australia after announcing plans to showcase their product at the Sydney Gaming Expo, and they offer gaming developers an exciting opportunity to enter the casino market.

I told my friend that I was interviewing a man who had won $18m playing in a single poker tournament.

“I had no idea, a machine could pay out so much money,” she replied.

I wasn’t sure what she was on about?

And at that moment, I had met my first Australian who thought that the game of poker and a Pokies machine, was the same. It’s little wonder Australian poker players are fighting for their online poker futures.

Pokies machines are the biggest source of gambling in Australia, but the casinos that house them, have a problem on the horizon – the new kids on the block don’t want to play on them

Mindlessly clicking buttons might have turned us 40-somethings on, but unless the buttons are shaped like a sex toy, you just aren’t going to get the same reaction from the Millennials.

One person trying to find a solution is Blaine Graboyes, the co-founder and CEO, of GameCo Inc., a company that manufactures Video Game Gambling Machines (VGMs) for land-based casinos in the USA.

In a recent article that appeared The Sunday Morning Herald Graboyes told the reporter that Australian operators had shown an interest in Graboyes bringing his VGMs to Australia, to provide an alternative to the mind numbing act of playing on a Pokies machine.

Think playing any game on your PlayStation or Xbox, but instead of being at home in front of your TV, you are sitting in a casino playing on a big screen, for real money, and you get the flavour of what a VGM is.

The 15-60 second player video games are currently in operation in a variety of Atlantic City casinos, and Foxwoods Resort Casino in Connecticut. Graboyes has plans to move into other states by the end of 2017, as well as interest in Europe, and Asia, particularly Macau.

GameCo will be showcasing the VGM at the Australasian Gaming Expo in Sydney 15-17 August.

Do You Have a Game, But Not a VGM?

Australian move aside, Graboyes and his team have opened up a fantastic opportunity for game developers, after announcing in a press release plans to offer his patented video game platform to game developers.

If they can forge the right relationship, Graboyes is willing to provide game developers with access to his VGMs so they can learn the technology allowing them to create the right kind of game for the casino market.

“For game developers, entering the highly regulated casino gaming marketplace is very challenging as there are complex compliance and licensing requirements, putting the lucrative casino gaming entertainment market out of the reach for many developers aspiring to create games for the casino floor.” Said Graboyes.

Just get stuck into the guts of a VGM and create the kind of game that will keep punters coming back for more.

If you’re a budding gaming developer, and the challenge of entering the casino space seems like one you would like to take, then you can contact GameCo at [email protected].