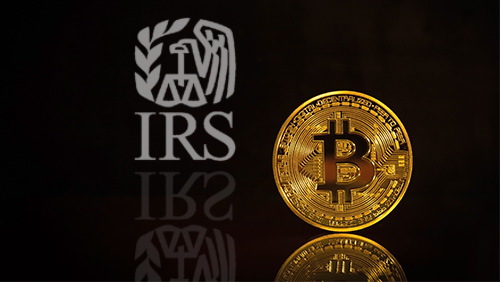 A federal court has upbraided the U.S. Internal Revenue Service for seeking to get ahold of an unprecedented number of bitcoin customer records.

Last year, a California district court allowed the tax agency to require San Francisco-based digital currency exchange Coinbase to submit records of all transactions that took place from 2013 to 2015 as part of an investigation into possible tax fraud in the country. The bitcoin company, however, fought back in court, where it was joined by several anonymous customers.

Now, one of those customers has been allowed by the court to challenge the IRS summon.

In a 12-page ruling, U.S. Magistrate Judge Jacqueline Corley agreed to let the customer, identified as John Doe 4 in the documents, to intervene in the court proceeding on grounds that the customer “made a sufficient showing of an abuse of process to support intervention as of right.”

The scope IRS probe has drawn fire from the bitcoin exchange, its customers, as well as several lawmakers, who pointed out that the agency may have been overstepping its powers.

In her ruling, Corley berated the tax agency for not offering any explanation on how it “can legitimately use most of these millions of records on hundreds of thousands of users.”

“Under that reasoning the IRS could request bank records for every United States customer from every bank branch in the United States because it is well known that tax liabilities in general are under reported and such records might turn up tax liabilities,” the judge stated.

The tax agency has narrowed down the criteria of its summons to disqualify the other Coinbase customers—John Doe 1, 2 and 3—who have filed motions to intervene. The summons has been modified to focus on users who had engaged in a bitcoin-related transaction “at least the equivalent of $20,000” between 2013 and 2015.

The court, however, let John Doe 4 proceed anonymously because he met all the four factors set to determine whether his right to intervene should be granted.

“It is thus no surprise that the IRS cannot cite a single case that supports such broad discretion to obtain the records of every bank-account holding American. While the narrowed summons may seek many fewer records, the parties agreed to have the court decide the motion on the original record, and so it has,” the ruling stated.

Bitcoin continues to claw back towards its all-time high, trading at $2,775.96 on Friday.