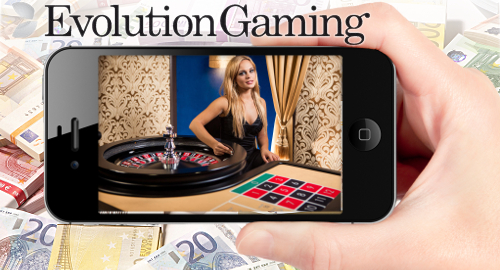 Live dealer online casino provider Evolution Gaming nearly doubled its profits in the second quarter of 2017 as mobile devices claimed more than half of revenue for the first time.

Evolution CEO Martin Carlesund was understandably ebullient at his company’s performance, which he credited to high growth among existing customers and “a continuously improving and increasingly efficient organization.”

The growing popularity of live casino products was on full display in the quarter, as Evolution’s B2B customers reported the total number of bet spots rising to 2.2b from 1.2b in Q2 2016. The share of Evolution’s revenue derived from mobile devices leaped to 52%, up 12 points year-on-year and marking the first time that mobile revenue has accounted for more than half of Evolution’s overall pie.

Carlesund said the rest of 2017 would be “an intense period in terms of expansion of new environments” for Evolution. Since the quarter ended, Evolution received approval to launch its new live dealer production studio in Tbilisi, Georgia, which will join Evolution’s existing facilities in Malta and Riga, Latvia.

Starting August 21 and running through September 3, Authentic, which streams live gaming activity from several brick-and-mortar casinos, will add nightly live high-definition performances by the likes of The IT Girls and the Paris Cabaret Group from the Casino International at the Hilton Hotel in Batumi, Georgia.

Authentic’s managing director Jonas Delin said the addition of cabaret shows “takes the player experience to the next level, while allowing land-based operators to showcase their entertainment offerings.”