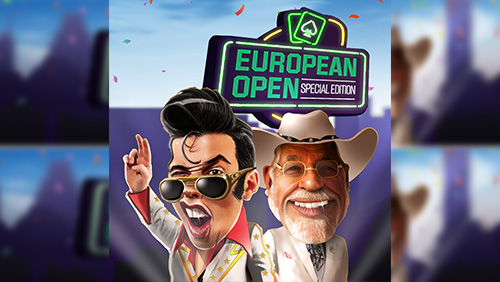 The Swedish online poker room Unibet has surprised everyone by preparing to send 200 players to the European Open at the Wynn Las Vegas as part of the 2017 Wynn Fall Classic.

While PokerStars, 888Poker, and partypoker each try to prove they have more than a pinkies worth of dick, the Swedish online poker room quietly goes about its business, hidden from the glare of the camera, creating profit and pleasure.

For the past decade, the Unibet Open has become one of the most exciting live events on the european calendar. Not too small, and not too big, they have managed to retain that girls and lads club feel to the event that the players crave.

In 2016, they stepped up their game with a €500,000 Guaranteed Unibet Open Bucharest, and this year they have gone one better by promising to send 200 players to the only Las Vegas land-based poker event that you can qualify for online, outside of the World Series of Poker (WSOP).

The Wynn Poker Room will play host to the European Open Special Edition Sep 29 to Oct 2. The $1,100 buy-in event has a single re-entry, two starting flights, and a 20k starting stack. The blind levels are 40-mins on Day 1, and 60-minutes from Day 2 onwards.

So how do the European masses make their way to the best poker room on the Strip without breaking the bank?

Unibet is offering players the opportunity to qualify for the event for as little as a cent. 200 players will win prize packages worth €3,000 each, including a 4-nights stay at Encore, breakfast and dinner, access to the player’s party, and travel expenses.

The European Open is part of the 2017 Wynn Fall Classic. The schedule is still a mystery, but last year there were eight different events including a $1,600 No-Limit Hold’em Championship. The European Poker Tour (EPT) Champion, Tom Middleton, defeated 361 entrants to take the $99,000 first prize.