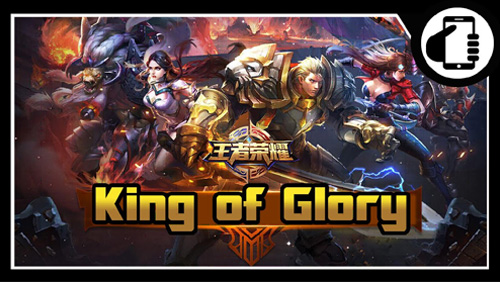 UltraPlay has recently added the super popular Chinese dedicated game King of Glory to its rich eSports portfolio and becomes the first provider to offer real time live betting of Heroes of the Storm.

King of Glory, released for Android and iOS, quickly became a hit title around the Chinese fans and game’s followers. The game promptly reached over 100 million downloads after its launch at the end of 2015. With its fascinating characters inspired by Chinese culture and history, King of Glory is ranked at #1 of top 20 Android games in China rank list.

Following the trend, UltraPlay started offering a standard package of pre-match markets of the MOBA game – match winner, map winner, totals. The company is planning to add more markets in the near future. With the Asian trend of playing more and more on mobile devices, the company has chosen King of Glory as its new add-on.

Peter Ivanov, Head of eSports trading department at UltraPlay commented: “Even though the game is still new and its eSports scene needs further development, we expect it to become more popular and be ranked soon in top 5 games with highest turnover.”

UltraPlay is also celebrating 2.0 version release of Heroes of the Storm as enriching its betting options with the real-time live betting on the game. The standard markets will be offered as match and map winner, first blood, first to 5/10 kills, with new markets to be added soon based on games’ objectives.

“Games’ fans and admirers are very important for us and we decided to enable them with more betting options on their favorite game Heroes of the Storm”, added Peter Ivanov.