Home / Bitcoin / Craig Wright: There will be no king in bitcoin 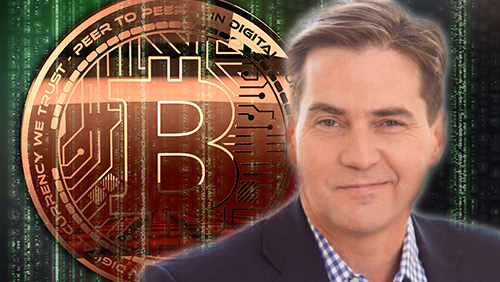 As the debate over Segregated Witness rages on, the bitcoin community is starting to lose sight of the digital currency’s original ideology—to become a decentralized money that will help everyone move out from the arms of the banks.
It’s time, however, to get back on track.

In a rare appearance at the recently held The Future of Bitcoin event in the Netherlands, Australian academic and inventor Dr. Craig Wright made a case for bitcoin scaling—and for the bitcoin community to finally start acting like one.

SegWit is not scale

With different parties proposing to scale bitcoin in different ways, traders are now being slapped with high fees that they would never want, nor should they be required to, pay. One of the scaling proposals, SegWit2x, rolled out a beta protocol over the weekend in a bid to activate SegWit and introduce a 2MB hard fork network upgrade several weeks from now.

Proposed by Bitcoin Core’s developers, SegWit’s main goal is to send transactions off-chain and onto second layers like the Lightning Network or sidechains, but it has already drawn a lot of criticism over its use of a 1:4 ratio, which some miners pointed out as a political decision that will bind bitcoin’s trajectory for years regardless of technical factors. The proposal’s technical changes could also pave the way for legal issues, according to one expert.

For Wright, the problem is that the community is only seeing bitcoin, and not the entire system.

“When we split bitcoin into millions and millions of pegged systems, when we add inflation, when we create these sidechains that, by the way, are patented and are controlled and happened to be owned and happened to be managed and monitored, then we give away the security model,” he said. “When you add sidechains, when you add other things that take away from the core of the network you steal the security model, you steal the value. When you do this, that’s what destroys bitcoin.”

Bitcoin can scale, but it needs to be done on chain

At the end of the day, however, a scale needs to happen to bring bitcoin to a point where it will exceed all global past transactions—past Visa, past Mastercard. For that to happen, the community needs innovation, it needs sustainable operations, and, more importantly, it needs to catch the attention of companies.

“We want banks to use bitcoin,” Wright said. “I want people to use bitcoin as much as you want them to. We want this global. I don’t want a few geeks using bitcoin. I want my grandmother buying her gum or whatever else on bitcoin. When that happens, when some small individual who doesn’t matter to most of us uses bitcoin, it succeeds.”

Looking at the whole picture, bitcoin is still nothing, he noted. And it will continue to do so unless the scaling issue isn’t resolved—on chain.

“We are nothing. We like to think we are something, right at the moment, we are not. If we want to be something we need to scale, and radically. Not off chain, not moving some of the security into sidechains and splitting the model,” Wright said.