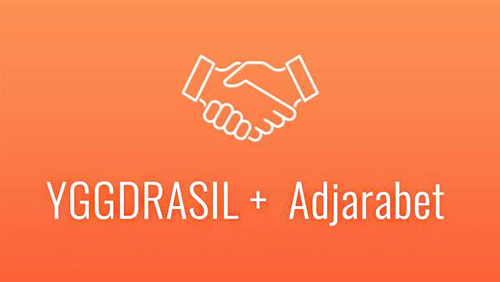 29th June, 2017 – Yggdrasil Gaming has gone live in Georgia after agreeing a deal with the country’s largest online operator, Adjarabet.

The agreement will see Yggdrasil games available in the jurisdiction for the first time.

It will also see the supplier’s award-winning collection of in-game promotional tools, BOOST™, including BRAG and Missions, provided to Adjarabet.

Fredrik Elmqvist, CEO at Yggdrasil Gaming, said: “This is a significant moment in Yggdrasil’s growth, with our first entry into the fast-growing Georgian market.

“Georgia is an exciting market where Yggdrasil sees strong growth potential, so we are thrilled to have partnered with such a successful operator.

“Adjarabet has a dedicated and passionate customer base, and I’m sure its customers will enjoy Yggdrasil’s range of world-class titles.”

Tom Hutchinson, Head of Casino at Adjarabet, said: “Yggdrasil’s premium games will considerably bolster our offering, and I expect our players to appreciate the increased variety and quality of games on offer.

“We are particularly excited to make use of Yggdrasil’s range of in-game promotional tools, which have never before been deployed in Georgia.

“We aim to maintain our position as the leading online operator in Georgia, and agreements such as this one ensure we continue to build and raise the industry standard.”

Yggdrasil has been expanding its global footprint significantly in recent months, signing its first partner in Italy, bwin.it., in March.