More than 1,000 bank accounts belonging to Myanmar traders have been frozen by Chinese authorities as part of an ongoing gambling probe in the Yunnan province.

Myanmar media outlets reported three banks based in the Yunnan province suspended the bank accounts last week. The bank accounts, which have estimated deposits of K40 billion (US$27.2 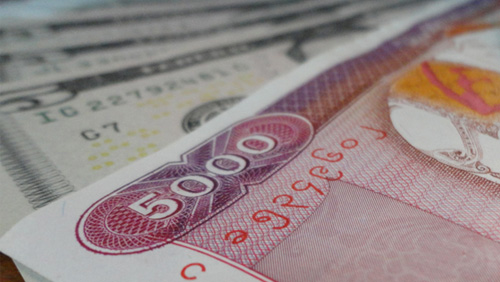 million), belong to 100 Myanmar merchants, who export rice and other food products to China through the border town of Muse in the eastern Shan state, according to reports.

Chinese trade officials were quoted by The Myanmar Times saying the Agricultural Bank of China in the Yunnan province has frozen a total of 5,000 bank accounts during the eight-month investigation into online gambling. The accounts were linked to online gambling, illegal transfers, illegal deposits and drawings in three Chinese provinces, and the Myanmar accounts were among 349 accounts closed in Ruili, according to the report.

U Yan Naing Tun, director general of the Directorate of Trade in China, said the bank accounts belonging to Myanmar traders would be reviewed and would be reopened “if not connected to online gambling.”

The official pointed out that even if the “frozen Myanmar accounts were not connected to online gambling, they might have received money transfers from those accounts.

This isn’t the first reported incident of blocked bank accounts of money changers and bean, rice and sugar traders, but this is the first time that it has been done on a large scale, according to Myanmar news outlet elevenmyanmar.com.

Geng Shuang, spokesperson for the Chinese Foreign Ministry, said the investigations will not affect legitimate cross-border trading and stressed that the two countries are working together to crack down on cross-border crimes.

China has been beefing up its crackdown on gambling activities, which are banned in the country. Early this year, Beijing authorities joined forces with their counterparts in the Philippines to hunt down transnational cyber gambling operations that had mushroomed in the Southeast Asian country.