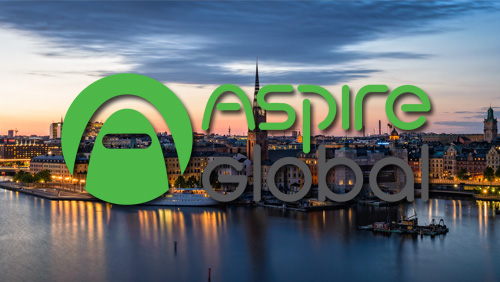 In order to support Aspire Global plc’s (”Aspire Global” or the ”Company”) continued growth and development, Aspire Global today announced its intention to apply for listing of the Company’s shares on Nasdaq First North Premier in Stockholm and to sell a combination of existing shares and newly issued shares of the Company (the “Offering”).

The timing of the Offering is dependent on the completion of a number of administrative processes in the Company’s legal domicile, Malta, such as the affiliation of the Company’s shares with the central securities depositories Clearstream and Euroclear Sweden.

Background to the Offering

Since 2014, Aspire Global has focused on strengthening its position within the industry by developing and improving its B2B offering as well as growing its proprietary brands. Aspire Global has during this time managed strong growth with very limited marketing expenditure towards new partners. Aspire Global, the Board of Directors and the selling shareholders believe that the Company is now in a position to leverage the strong platform and position established during the last few years to accelerate Aspire Global’s growth. Among other things, the Offering and subsequent listing of the Company’s shares on Nasdaq First North Premier are expected to strengthen Aspire Global’s recognition and brand awareness among players, partners, investors, employees and the sector in general as well as provide access to capital in order to finance Aspire Global’s growth strategy. The listing will also enhance the ability of Aspire Global to use its shares as currency in future acquisitions.

Carl Klingberg, incoming chairman of the board comments:

“Aspire Global is active in a very dynamic market where we see a lot of growth potential as the market becomes regulated and land-based gaming moves online. For a person who has been working within the industry for many years this development is thrilling, and I believe that Aspire Global’s offering is perfectly positioned with its holistic service for new operators in the gaming market. In addition, Aspire Global has a very competent management and staff who have built a simple, yet advanced platform for companies with large amounts of internet traffic. Until now, Aspire Global has grown organically, but we see a large potential to accelerate this growth supported by acquisitions. Our possibility to achieve this growth is further improved by the listing of the Company which will contribute to increased transparency and enhances our ability to make large investments in a market which changes and develops rapidly.”

“I’m very excited about the journey Aspire Global has had during the last few years. We see both an increased number of players in our proprietary casinos and a stronger than ever recognition of the Aspire Global brand among partner casinos. 2017 started off strong with 12 new partner casinos either already operating on our platform, or planned to launch during the year. Supporting this strong growth is the trend of many EU countries regulating their gaming markets and many others are on-track to do the same. The regulated environment places significantly higher and further reaching demands on the individual gaming operator. With our gaming platform, we make it easier for new gaming companies to get started and offer games to their customers in a cost-effective manner.

Choosing Stockholm as the Company’s listing venue is an important part of the Company’s development as there is great gaming expertise here in addition to a host of partners and suppliers. There is also a great deal of knowledge among Swedish investors, as there are already a large number of listed gaming companies here. For Aspire, the listing provides an opportunity to attract skilled investors and quickly develop and position the Company ahead of future market regulation in a number of EU countries.”

Aspire Global is a Business to Business (“B2B”) service provider for the online gaming market and offers its B2B partners a full-service solution for launching and operating online casinos. In addition, Aspire Global holds several local gaming licenses enabling its partners to fulfill their full potential. With more than ten years of operational experience in managing casino networks and developing in-house proprietary technology, Aspire Global offers an online gaming solution which ensures that every aspect of partners’ casinos, from regulation and compliance to payment processing, risk management, CRM, support and player value optimisation, runs as efficiently and effectively as possible, allowing the operators to fully focus on marketing their online casino brand and generating traffic to the casino. In addition to Aspire Global’s B2B service offering, the Company operates several proprietary casino brands, such as Karamba and Hopa, based on the same operational setup and technical platform that is offered to partners.

The Company was founded in 2005 under the name NeoPoint and was initially focused on the business to consumer (“B2C”) segment. In time, Aspire Global realised the strength of its proprietary platform, games and tools and therefore moved into the B2B segment. By 2014 the Company had reached 15 operators and white label partners. At that time, in order to streamline the operations, the online lottery arm of the Company, called NeoGames, was transferred to a separate entity and spun off. In 2015 Aspire Global adopted a new corporate structure and officially changed its name to Aspire Global. Since then the Company has expanded its platform solution and opened it up to more regulated markets, including the United Kingdom, Denmark, Belgium and Italy. During 2017, Aspire Global is expanding its product offering further by launching a sports betting product and service offering with one partner brand and one proprietary product going live in the second half of 2017.

Board of directors and executive management

Aspire Global’s board of directors and executive management have extensive experience and knowledge of the online gaming industry. In order to additionally strengthen the Company’s board of directors, Carl Klingberg will shortly be appointed chairman of the board of Aspire Global. Carl has over 20 years’ experience from large companies, including Sungard Capital Markets, Scandinavia Online, Avanza, Tradera and also experience from the online gaming industry where he has held the position as managing director of bwin Games.

In addition to Carl Klingberg, Fredrik Burvall will be appointed a member of the board of Aspire Global. Fredrik has extensive experience from the online gaming industry and will primarily focus on the Company’s growth- and M&A strategy. Fredrik joined the online gaming company Cherry Group in 2006 as Chief Financial Officer following several managerial positions in the technology and media industries. He assumed the role of Chief Executive Officer of Cherry Group in the end of 2014. During Fredrik’s tenure as CEO of Cherry Group, the company rapidly expanded, with Cherry’s turnover more than doubling during the two years under Fredrik’s leadership and Cherry Group’s market value increased from around SEK 420 million to around SEK 6 billion.

This announcement is not an offer to sell or a solicitation of any offer to buy any securities issued by Asprie Global plc in any jurisdiction where such offer or sale would be unlawful.

In connection with the offer or sale of securities referred to herein, the Global Coordinator may overallot securities/conduct stabilization or effect transactions with a view to supporting the market price of the securities at a level higher than that which might otherwise prevail. Any stabilization action or over-allotment will be conducted by the Global Coordinator in accordance with all applicable laws and rules.