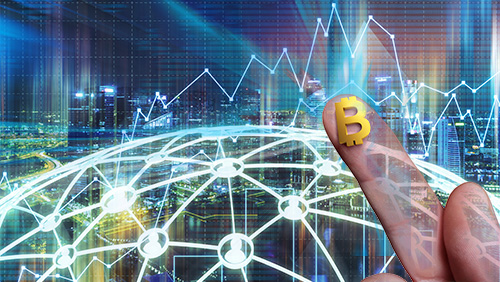 As the bitcoin scaling conflict enters its fourth year, more and more “creative” solutions are popping up, complete with sensationalist headlines that oftentimes mislead readers into seeing vulnerabilities where none exist.

Case in point: Early this week, bitcoin developer and entrepreneur Jimmy Song posted an op-ed piece on Medium discussing how the sidechains project can empower developers and miners by allowing them to “try out new, riskier features” without the need “to get anyone’s approval for doing so.”

The piece, which CoinDesk reposted on its site, described sidechain as a separate blockchain where users can deposit and withdraw bitcoins, offering “all sorts of new features” but “won’t actually affect bitcoin.” This, Song wrote, is “the key” as it allows miners and developers to control separate, smaller domains that they could use according to their needs and desires.

A sidechain is essentially an off-blockchain service that allows bitcoin users to transfer the value of the cryptocurrency away from the bitcoin blockchain to avoid issues such as blockchain bloat. So far, two sidechain implementations have already been deployed: Blockstream’s Liquid, which still needs enough trusted entities, and Paul Sztorc’s Drivechain, which requires a soft fork where miners will have to validate new rules.

“The benefits of a sidechain solution are pretty clear. Developers and Miners are empowered since they can try out new, riskier features on sidechains and don’t have to get anyone’s approval for doing so. Each can control their own sidechain without disrupting any other part of Bitcoin,” Song stated, stressing that with sidechain, “Users are empowered since they can have a choice of features without having to leave Bitcoin.”

Sidechain claims to give everyone more control… but will it?

In his op-ed, Song gave the impression that sidechain will give everybody—at least those involved in the scaling war—what they want as it will let the market, not the committees, decide on the issue.

In reality, however, sidechain is just another kind of fractional reserve banking, which could herald a return to banking as we know it. Not only does it remove scarcity, it also kills bitcoin, which has been conceptualized to become an alternative to traditional banks.

Despite touting sidechains as “a thoughtful solution” in the block size scaling war, Song also has misgivings about its “murkier” shortcomings.

“The downsides of a sidechain solution are a bit murkier and require a more thorough examination of the incentives to really evaluate properly,” the bitcoin developer wrote.

Australian academic and inventor Dr. Craig Wright told CoinGeek that “sidechains are bitcoin’s inflation,” enabling those who understand and want scarcity to slowly erode bitcoin’s value. And since developers—who, let’s admit, do not have a strong understanding of economics—believe such things are irrelevant, this paves the way for groups who want inflation to gain control.

If this happens, are we ready for bitcoin seigniorage?