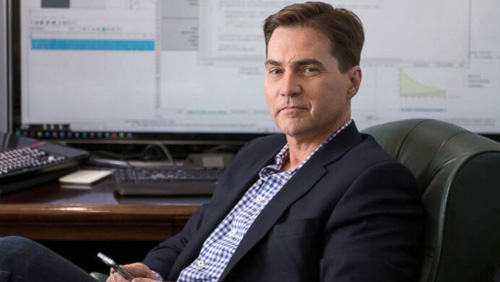 Editor Note: This is the first in a multiple-part series of interviews with Craig Wright, conducted by guest columnist Eli Afram.

In the last few days, I have been involved in a rather extended interview with Dr Craig Wright, who for various reasons has been cast into the spotlight, initially when Gizmodo and Wired both decided to “invade” his “private life” and then later again when he provided cryptographic proofs to Gavin Andresen and Jon Matonis identifying him as Satoshi Nakamoto. But he withdrew from presenting similar evidence to the public.

Despite what has been said of him in the media, and the countless click-bait publications, I personally found my interaction with Craig (who insisted I refer to him on a first-name basis) to be very professional, friendly, and personable.

Wright has been out of public view for a little while now, but he explained to me that he is feeling ready to come out again into public life in the near future.

Our interaction is heading to be a multi-day interview, and he has already provided me with countless bits of valuable information which I will sift through and share in the coming weeks. But initially, I wanted to start with the simple open-ended questions to get the ball rolling. Much has been said in the media, and I wanted to give Wright an opportunity to explain matters from his perspective.

Wright explained that over the last two years his life had changed significantly. He went from being an obscure businessman and academic, to suddenly being thrust into the limelight. “It wasn’t something I handled very well at first, but then I never saw how attacks on my family could be warranted” he said.

“I am slowly coming to terms with having to deal with many, many, people. As an academic, I limited my teaching to postgraduate level mathematics and computer science for the most part. The result was I never really had to grow or learn to interact with many people. For the most part, it would be small groups that Id know well” explained Wright.

“Youre asking who is Dr Craig Wright today. I am more focused and am slowly learning to interact with people better. On that I need to particularly thank my wife and those friends who still put up with me. I still love study, and at present I am doing the last subject needed to complete my Masters in Science and econometrics from University of London at the moment. As soon as I complete that I shall be starting another PhD.”

He went on to clarify how the majority of his attention has been particularly involved in information security and added “Many of my battles come from a philosophical perspective” – ironically, he does have a doctorate in philosophy – both CoinGeek and myself have verified this, but his point in this instance was interesting – “For the last 15 years Ive been arguing that the key to information security is not tools or toys but is economics.”

“Cryptography is a tool. Used correctly, it helps in the creation of secure systems. But like every tool, it comes as a cost risk trade-off. Bitcoin like all secure systems is structured from an economic risk trade-off. Too many people in the community do not seem to understand that it is the economics of the system that make it strong, not the algorithms. Set well, financial incentives create a strong system. There are no absolutes and there is nothing perfect in this world. When we accept that we can progress. When we fight it, we spin our wheels and get nowhere.”

Wright shared with me much of his work. Countless research papers, and academic works … a lot of which I am still going through and trying to get my head around. Interestingly, some of this research involved the very functional elements which are used in Bitcoin today.

One thing for certain, he left no doubts in my mind that he is indeed someone who “loves to gain knowledge” as he concluded with:

“To answer who I am, a man who cares about my family and who loves to gain knowledge. That has made me somewhat isolated in many aspects. Cannot say that I am a terribly social person but the last couple years have been learning exercise. Never hoped to be thrust into the position I am now in. I like the research Im doing and I love having the opportunity to build systems, software and mathematics.”

Eli Afram is a Developer, Cryptanalyst and Business Analyst. You can reach him in Twitter: @justicemate

This article originally appeared at CoinGeek.com, republished with permission.