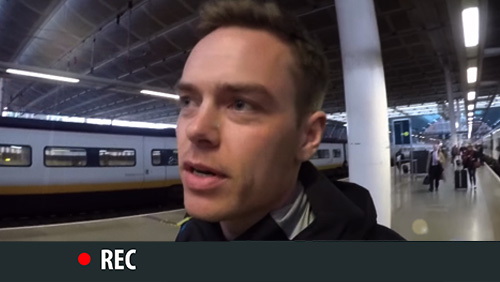 Unibet reacted well after a technical fault prevented players from adding on during a €50k GTD competition designed to celebrate half a billion hands; Espen Uhlen Jorstad completes a 24-hr Twitch marathon; David Pomroy gets a bump.


In 2014, Unibet decided to leave the Microgaming Poker Network (MPN). There were no spasms of anxiety, only confidence – in the team, the product, and a thorough understanding of their customer.

Three years later and their parent company The Kindred Group picked up the award for Innovation in Poker at the EGR Operator Marketing and Innovation Awards, not bad when you consider the vast monolithic facades they are in competition against.

But that wasn’t the only thing going on in Unibet Towers this week. The online poker room celebrated dealing half a billion hands by hosting a €50,000 GTD online tournament, the highest in their history.

Players began the €100 buy-in event with 5,000 in chips, and unlimited re-entries until Level 13, at which point there was an option to add-on for an additional 10,000 chips.

But there was a problem.

A technical fault prevented players from accessing the 10,000 add-ons.

Only last week, PokerStars had technical problems with their Mercedes like online poker room kit.

But what’s important when shit happens is how the online poker room deals with that shit, and Unibet handled it very nicely, by agreeing to refund the initial buy-in to every player still involved in the tournament at the point where the add-on break should have kicked in. Returns started hitting accounts almost immediately.

In other Unibet related news, their Norwegian ambassador, Espen Uhlen Jorstad, logged a 24-hour Twitch marathon this past weekend.

I caught up with the man to ask him a few questions, and this is what he had to say:

“I wanted to do a 24-hour stream to celebrate my recent Twitch partnership, and also to do something non-standard to get back into the streaming scene again. I was streaming a lot back in September-February basically, but after that, there was a lot of stuff going on in life, and I had trouble fitting it into my schedule. I am however going to get back on track streaming regularly now and wanted to do this as sort of a flashy comeback manoeuvre.”


What did you learn?

“To be perfectly honest it was easier than I had expected. Originally I was planning on playing higher stakes during the first 8 hours and then stepping down to lower stakes during the remaining 16 or so. What I realised, however, was that if I kept the number of tables low and the number of outside distractions (like social media, answering messages, etc.) to a minimum, the focus could be held somewhat OK throughout the 24 hours. I did by no means play my A-game for 24 hours though, don’t get me wrong. But I remember being surprised that I could use reasonably sound logic and reasoning even during the last couple of hours of the stream.”


What was the most challenging part?


“Not getting distracted by Twitter, Messenger and everything else. We were doing some promotional stuff while I was streaming, giving away some tournament tickets, hosting freerolls, etc. Keeping my focus on the game while doing all these things were quite challenging. Luckily I had enough help from both the other Unibet ambassadors, Unibet employees as well as the moderators of my Twitch channel. I appreciate all the help I got from them, as well as others!”

“I think eating healthy and keeping hydrated on water (instead of say sugar-filled or alcoholic beverages) helped a lot. I fuelled myself with chicken salads, eggs, ham, cottage cheese, greek yoghurt, nuts and almonds, apples and last but not least coffee. These are all staple foods in my regular diet. But I think for a session like this it’s paramount to consume healthy fats, lots of protein and to keep carbohydrates and simple sugars, especially to a minimum. This way you avoid highs and lows in blood sugar, and you won’t get fatigued as easily.”


If you want to learn more about what makes Jorstad tick, then you are in luck. Last week, he began a Vlog experiment chronicling his life as a professional poker with the first episode showing him travelling through Brighton, Brussels, Malta, and Dublin.

And finally, Unibet has appointed David Pomroy as the new Head of Poker at the Kindred Group. Pomroy joined the team as Poker Marketing Manager in May 2014 before moving on to the position of Senior Marketing Strategy Manager in 2016. Pomroy replaces Andrew West who took up a position as Head of Data for Relax Gaming.