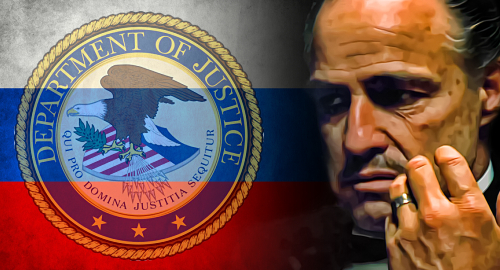 The US Department of Justice has broken up a Russian-led criminal gang whose crimes included illegal poker games and hacking casino slot machines.

Late Wednesday, the US Attorney’s Office for the Southern District of New York announced multiple charges against 33 members of a gang with links to a Russian and Georgian “organized crime syndicate.” Most of the accused have been detained, although five defendants remain at large.

Among the accused is Razhden Shulaya, whom the DOJ identified as a ‘vor’, which literally translates as ‘thief’ but is understood to indicate a high-ranking ‘made’ member of a criminal gang who receives financial tribute from lower-ranking members of the same gang. The term has been loosely compared to the term ‘godfather’ in Sicilian mafia circles.

The ‘Shulaya Enterprise’ reportedly operated illegal poker businesses in Brighton Beach, while extorting gamblers who incurred debts via these illegal activities. The Enterprise is also accused of “efforts to defraud casinos in Atlantic City and Philadelphia by using electronic devices and computer servers to predict and exploit the behavior of electronic slot machines.”

This slots scam first came to light in reports that surfaced earlier this year regarding a series of incidents involving Russian nationals playing slots at US and European casinos in very methodical patterns after filming the slots’ operations via smartphone cameras.

The footage of this slots activity was emailed to accomplices who first analyzed the activity, then replied with information on the internal clock data of the machines’ pseudorandom number generators that allowed the slots player to accurately predict when the machines were more likely to pay out.

Shulaya, who was arrested in Las Vegas on Wednesday, was described in the DOJ’s press release as having “an extremely violent history,” including violence against lower-ranking gangsters who failed to ante up their required tribute in a timely fashion.