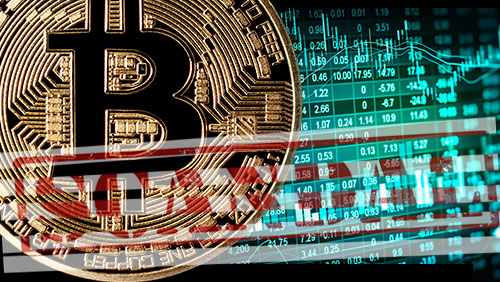 The price of bitcoin hit a record of $1,880 during Thursday’s trading as investors look for safety amid reports of potential political scandals in the United States and Brazil.

In Brazil, the Bovespa dropped more the 8 percent on Thursday—it’s worst day since October 2008—following allegations that Brazilian President Michel Temer discussed bribing ex-House Speaker Eduardo Cunha to stop him from testifying in a major corruption case. Temer said he will not resign and plans to prove his innocence in the Supreme Court, according to reports.

If you recall, the U.S. tax agency has been after Coinbase to produce the records of its customer transactions as part of an investigation into possible tax fraud committed by U.S. residents who engaged in business with or through the bitcoin wallet service.

“We strongly question whether the IRS has actually established a reasonable basis to support the mass production of records for half of a million people, the vast majority of whom appear to not be conducting the volume of transactions needed to report them to the IRS. Based on the information before us, this summons seems overly broad, extremely burdensome, and highly intrusive to a large population of individuals,” the letter stated, according to CoinDesk.

The lawmakers said they want answers before June 7.