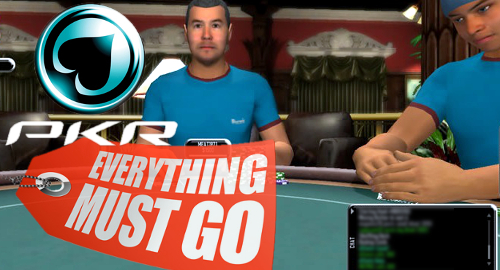 Administrators appointed to oversee the affairs of online poker operator PKR hope to sell the struggling company, or, failing an outright sale, the sale of its customer database and poker technology.

RSM’s David Taylor issued a statement saying the administrators’ first priority was to seek “a buyer for the business and assets as a whole. Alternatively, we will seek a buyer for the player database and other assets.” The statement offered no timeline for this process to unfold.

The ultimate fate of PKR customer deposits remains murky. While PKR is believed to have had enough cash on hand to cover its obligations to players, the company’s creditors are also expecting to get paid, and RSM’s statement said it was obligated to “maximize realizations for the benefit of all creditors.”

RSM pledged to update players on the status of their negotiations via the PKR.com site. RSM invited players to submit questions regarding the process to [email protected] but warned that they might not receive a timely reply, given the expected volume of queries.

PKR held licenses issued by both the UK Gambling Commission (UKGC) and the Alderney Gambling Control Commission (AGCC). On May 5, the AGCC issued a statement saying that PKR was supposed to have renewed its Alderney license on May 4 but had failed to submit the required fee. The AGCC subsequently suspended PKR’s license and claimed it would “liaise with our regulatory colleagues” at the UKGC regarding the operator.