Luque, May 2017 – CONMEBOL SUDAMERICANA announces a new sponsorship for the next two years with Bumbet.

The sponsorship comes as the competition introduces some important changes for the 2017 edition, including the addition of more teams and a new annual calendar.

Marcos Senna, CONMEBOL’s Commercial Director, commented: “We are thrilled to announce Bumbet as a Premium Sponsor of the CONMEBOL SUDAMERICANA.  With this significant alliance, we enter the world of digital entertainment introducing football fans and lovers on new ways to stay connected and interact with our Cup.” 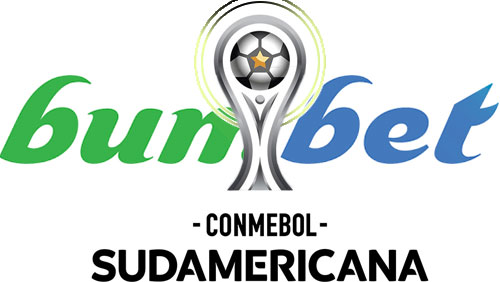 Bumbet will enjoy pan-regional visibility at venues, on TV, via press coverage and social media, as well as a high-quality consistent platform, delivering engagement opportunities across most of the year.

The partnership was achieved by Synergy Sports AG, the Swiss-based sports marketing company led by Patrick Murphy. Synergy has been appointed by CONMEBOL as the exclusive agency to market sponsorship rights of CONMEBOL SUDAMERICANA 2017 and 2018.

The South American Football Confederation (CONMEBOL) is the continental governing body of football associations in South America and one of FIFA’s six continental confederations. The oldest continental confederation in the world, its headquarters is located in Luque, Paraguay, near Asunción. Founded on July 9, 1916, in Buenos Aires, it is comprised of ten member countries: Argentina, Bolivia, Brazil, Chile, Colombia, Ecuador, Paraguay, Peru, Uruguay and Venezuela. The confederation is responsible for the development, organization and governance of South American football’s major tournaments. CONMEBOL national teams have won 9 FIFA World Cups and clubs have won 22 Intercontinental Cups and 4 FIFA Club World Cups.

Synergy Sports AG is a Swiss-based sports marketing company led by Patrick Murphy (ex-Managing Director, Sales and TEAM Marketing and President of Catalyst Media Group Limited). Synergy’s principals have decades of experience at the highest levels of sports marketing across the Americas, Asia and Europe. Synergy has been appointed as the exclusive CONMEBOL SUDAMERICANA sponsorship sales agency and will be working closely with CONMEBOL during the sponsorship sales process.