Home / Bitcoin / Bitcoin’s real vulnerabilities not always what they seem 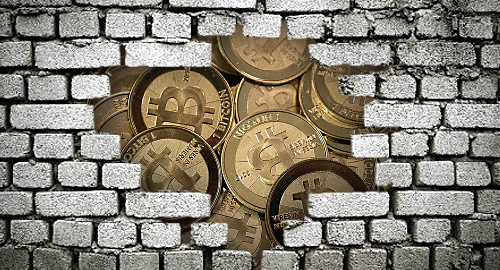 Bitcoin’s growth potential continues to be threatened by sensationalist headlines that mislead readers into seeing vulnerabilities where none exist, or at least, don’t exist where the authors of those headlines would have you believe.

On Thursday, News.bitcoin.com posted an article about a new paper by researchers at ETH Zurich and Hebrew University which claimed to have exposed methods by which Bitcoin could be ‘hijacked’. The article’s clickbait headline: “Research shows how Bitcoin can be attacked via internet routing infrastructure.”

Without getting too deep into the technical weeds, this Coingeek.com article does a nice job of pointing out the inherent fallacies of the study, as well as the fact that the aforementioned vulnerabilities only apply to Bitcoin transactions performed via the Bitcoin Core group’s SegWit sidechain dongle, as regular Bitcoin transactions don’t require the user to go through an online wallet.

The ongoing schism between the Bitcoin Core and Bitcoin Unlimited camps shows no sign of abating, leading one observer to pen an op-ed on Coindesk lamenting the “civil war” engulfing the Bitcoin world.

Nozomi Hayase’s article draws unflattering comparisons with the hyper-partisan US political climate and urges developers to “solidify our commitment to this technology’s fundamentals” and get back to “the honest, collaborative work of writing code.”

With respect, Hayase’s own words offer even more evidence why Bitcoin Core and the big banks funding its rise must be so vigorously opposed. Hayase praises the Bitcoin technology’s “commitment to decentralization,” but Core’s SegWit would concentrate control in the hands of the very financial institutions from which Bitcoin was supposed to free online commerce.

This site has made no secret of its support for Bitcoin Unlimited, because it offers the online gambling industry – without which Bitcoin would have taken much longer to reach its current level of activity – a far better solution for increasing transaction speed while keeping a lid on costs, not to mention preventing the real ‘hijacking’ currently being attempted by the Core faction.

To borrow Hayase’s political analogy, the United States (and the world) may yet survive four years of President Trump, but Bitcoin’s independence will not survive a Bitcoin Core victory. Surgeons in ultra-conservative countries are doing wonders these days in the field of hymen reconstruction but no after-the-fact cosmetic corrections will undo Core’s violation of Bitcoin’s founding principles.