The decisions of NHL and NFL to set up shop in Las Vegas is changing the way Major League Baseball (MLB) views the Sin City’s ability to host professional sports teams. 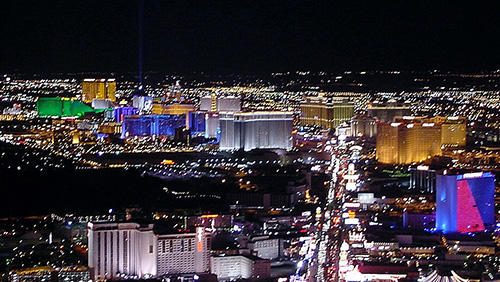 MLB Commissioner Rob Manfred was quoted by the Chicago Tribune saying that they “were looking at relocation, Las Vegas would be on the list.” And with the league’s two franchises, the Oakland A’s and the Tampa Bay Rays, scrambling to find financial backers for their new stadiums, the option of an MLB team relocating to the desert is on the table.

Las Vegas popped its major league sports cherry last year, when the NHL gave the green light to a Nevada city expansion in time for the 2017-18 season. NFL followed suit more than half a year later and approved—after much brouhaha—Oakland Raiders’ move to Las Vegas in 2019.

NHL and NFL’s decision to move into the gambling capital broke a barrier, and it’s one that other professional sports leagues are watching carefully.

“Those are two big moves,” Manfred said, according to the report. “We’ll be watching that carefully.”

Unlike his predecessor, Manfred has been very vocal about considering Las Vegas for a franchise.

“Las Vegas could be a viable market for us,” Manfred was quoted by the Las Vegas Review-Journal saying. “I don’t think that the presence of legalized gambling in Las Vegas should necessarily disqualify that market as a potential major league city.”

While the possibility of a Las Vegas expansion team isn’t ruled out, Manfred stressed that “until the Tampa Bay and Oakland situations are settled, I can’t see talking about expansion.”

Rays is looking to tap into some sort of public funding to help raise the needed private capital to renovate or replace Tropicana Field. That plan, however, hit a snag after a bill was filed in the Florida Senate seeking to prohibit professional sports teams from using public money. That measure failed to pass, according to reports.