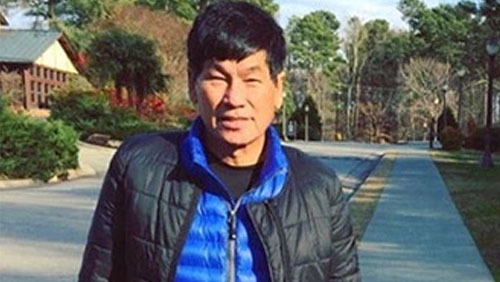 A poker player who once traded blows with Matt Stout at the business end of the World Series of Poker Circuit event was dragged off a United Airlines flight with blood pouring from his nose while people did nothing but film the incident on their smartphones.

I’m glad the man the employees on United Airlines Flight 3411 dragged off the plane is a poker player with over $240,000 in live tournament winnings because there were a few things I wanted to air on the matter.

The only reason I stumbled across this sorry mess is that the poor man pulled out of his seat and dragged shamefully across the floor of the aircraft came up on my Google Alerts under the term ‘poker‘.

I don’t read the news.

I don’t read the tabloids.

One of the reasons I don’t is because it angers me so much. Google this incident, and you won’t read about the travesty conducted by the airline or the comments from the CEO Oscar Munoz that his employees followed procedure. Instead, you are reading that Dr David Dao is a disgraced GP who in 2005 faced 98 felonies relating to the illegal prescription of painkillers in return for a bit of hanky-panky.

It’s enough to make you think there is a room somewhere, filled with people staring at computer screens, creating fake news to misdirect the fact that not only did the airline act in a disgraceful manner but so did all the passengers.

I was on the Tube the other day with my six-month-old baby strapped to my chest and not one person, man or woman, offered to stand up so I could sit down with her. So I guess I am reaching a bit to suggest that once it became apparent that this man really, really had to go home, that someone else could have stood up and taken his place.

And why did United Airlines not think of this in the first place? Why, when they realised that one of the four people asked to give up his seat because they were overbooked, wasn’t going to go quietly, didn’t they incentivize the hell out of the idea so someone would step forward?

And before I end my rant, why didn’t anybody on the plane stand up for the guy? No, we can’t do that. If we take action we won’t have time to take our phone out of our pocket and shoot the video you can see below:

Do you think the United Airlines team who were ‘just doing their job’ would have continued to drag him off the plane if people stood up and barred the way? Would they have removed everyone? They would have backed off and found a different way. But instead, everyone sat and watched the injustice unfold afraid that they might lose their seat.

Before he became a worldwide YouTube hit, David Dao’s biggest success at the poker table came in 2009 when he finished runner-up to Kai Landry in a $5k buy-in World Series of Poker Circuit (WSOPC) event in Tunica for $117,744. The man who finished third in that event was Matt Stout.

Holy crap, I just realized the doctor dragged off the @United flight is David Dao who I played 3-handed with in ’09 $5k #WSOP-C Tunica ME! https://t.co/fAXOtbI9yl