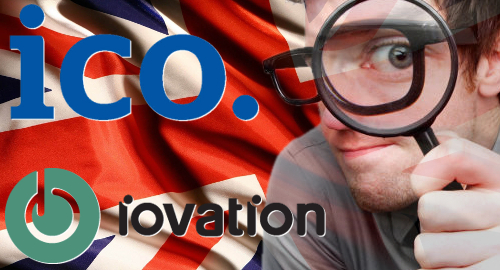 The UK’s data privacy watchdog has opened an investigation into Iovation player tracking software used by many online bookmakers.

On Wednesday, the BBC reported that the Information Commissioner’s Office (ICO) is probing the use of Iovation’s iesnare software, which is automatically installed on bettors’ computers without their knowledge when they log onto the website of an online bookmaker.

The investigation was sparked by complaints filed by two bettors, including Brian Chappell, founder of the Justice For Punters website, which advocates on a variety of bettors’ issues, including criticizing bookies who close the accounts or limit maximum wagers of highly successful bettors.

At the heart of the complaints, which were lodged against betting operators Sky Bet and Totesport.com, are accusations that Iovation’s iesnare software collects player data without their consent.

The bookies claim the software is necessary to guard against fraud, identity theft and to ensure players cannot engage in forbidden activity such as multi-accounting. The complainants argue that the data being collected is more about identifying winning punters.

Iovation told the Beeb that it had “no access to information, such as the winning and losing history of players, nor do we have access to specific betting details.” That said, Iovation essentially absolved itself of responsibility, insisting that it was up to the company’s B2B clients to “comply with respective data privacy laws.”

The ICO’s investigation focused on whether iesnare violates the 1998 Data Protection Act. In 2012, the ICO advised website operators that data privacy rules required operators to ensure that users “knowingly indicate their acceptance” of tracking software such as cookies installed on their personal devices.

Chappell’s anti-tracking campaign made news last November when Paddy Power Betfair defended its use of Iovation’s products as a necessary tool in honoring the bookmaker’s “legal and regulatory requirements around security, prevention of fraud and anti-money laundering.”

Iovation has a colorful history in the online gambling sphere, having been founded by Greg Pierson, who also developed the software for defunct online poker operator Ultimate Bet that allowed scammer Russ Hamilton to steal over $16m by observing other players’ hole cards. In 2012, Nevada-licensed Ultimate Poker discontinued its relationship with Iovation after players objected to Pierson’s involvement.