Innovation at the fore as organisers announce iGNA Awards shortlist

Organisers of the iGaming North America Awards, (iGNA) which, for the first time, is being held as part of GiGse, (San Diego 26 – 28 April) have announced the shortlist of nominations. The Awards, which are in seven categories, recognise excellence and innovation displayed by gaming organisations operating in the unique North American market. 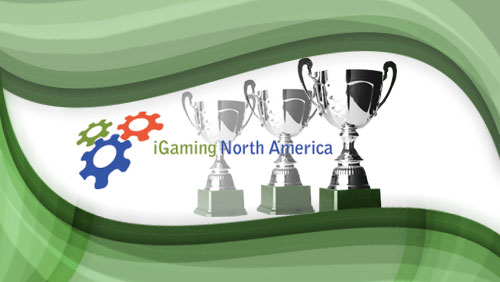 The shortlist of nominations comprise:

Alex Pratt, who developed the iGNA Awards, said: “Our objective from the outset has been to recognise the professionalism and creativity of those organisations working in the North American market. The 2017 shortlist is one of the strongest we have had and reflects the key credentials of excellence and innovation that we are looking for. Judging is a transparent three step process involving leading figures occupying senior positions in North American iGaming and the awards will be presented at an exclusive C-Level cocktail reception at GiGse. I believe the inclusion as part of the GiGse experience will add to the prestige of the Awards and underline its purpose as a celebration of the industry in North America.”

GiGse is also hosting the LaunchPad competition which provides start-ups with a once in a life time opportunity to pitch in front of investor judges and an audience of senior executives from the US land-based and interactive gaming sectors. Organised in partnership with Gamcrowd, the GiGse LaunchPad has provided a platform for a range of hugely successful gaming innovators, including numberFire, BlueBat and Imperus (rebranded to Tangelo Games).

One of the most popular gaming events for C-Suite professionals, 61% of delegates at the 2016 edition of GiGse were classified as C-Level with a further 21% deemed as either Directors or VPs. The concentration of ‘C-Suiters’ is amongst the highest found in the portfolio of Clarion’s gaming brands.

With a focus on unconventional thinking, the simplistic 2-track format enables attendees to devise their social gaming journey alongside envisioning an AI customer experience – mastering on-premise mobile whilst plotting their next eSports tournament, all set against the backdrop of forthright political and social debate conducted at the highest level.

For more information and to register, visit www.gigse.com