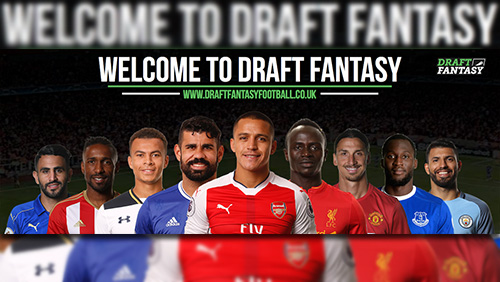 Draft Fantasy, the market leader for Premier League draft style fantasy, is set to launch its offering in the UK in August as it expects the UK Gambling Commission (UKGC) to grant its gaming license in mid-April.

Tyler Swartz, vice president for marketing and business development of Draft Fantasy, said they are in the process of raising capital investment to begin the development of its daily fantasy platform as they anticipate the UKGC’s go-signal to operate in the UK in the coming weeks.

He said that a consultant has given them the heads-up that their license will be available sometime in the second week of April.

“We filed for a gaming license before the UKGC last January and we hope that the UKGC will issue the license by mid-April,” Swartz told CalvinAyre.com in an interview.

He quickly clarified that the license that the UKGC will issue them is a gaming license and not a gambling license. The Draft Fantasy executive did not mention how much the license application cost the company.

The operator currently has ‘the largest draft style user base in the industry’ and plans to continue its growth by allowing users to participate in weekly and daily drafts for the Premier League.

Swartz pointed out that Draft Fantasy, which has users from over 130 different countries, is the first company to offer “draft style” products in the UK.

Under the draft style, every manager in your league picks a unique team of players in what is known as “The Draft.” The Draft progresses in turns with each manager picking a player on his turn until everyone has a full squad.

During each round of the Premier League season you decide upon a starting 11. Your players score points based on their weekly performances. Trade with friends and mold the perfect team over the course of the season. Whoever has the most points by the end is crowned footballing champion. Players may go to the company’s website, www.draftfantasyfootball.co.uk to be able to access their offerings.

Sam Guigui, chief operating officer of Draft Fantasy, pointed out that UK is the ideal market to roll out their platform because 65 percent of their players come from the country.

”’After months of hard work, we’re at the final stages of acquiring a remote pool betting license from the UKGC. The license is a long awaited achievement that puts us at the forefront of providing fantasy football fans with draft and its inherent benefits,”’ Guigui said.

They, however, declined to comment on how much the company will rake in once they start operating in the UK.

“There are 3 billion soccer fans in the world while there over 1.2 billion fans of the premier gaming league worldwide,” Swartz said, citing figures culled from company research. “Draft Fantasy plans to implement daily and weekly games in hopes of continuing our current growth trajectory.”

Once they get hold of the license, Swartz said that they will hold several dry runs in the country before formally launching the product in August.

When asked whether they plan to expand into other European markets after marking its footprint in UK, Swartz said that they want to focus on growing their business in the country before deciding where to bring their offering next.

“We want to prove and establish ourselves in the UK market before we get carried away. In that way, it will be easier for us to expand in other areas,” he said.