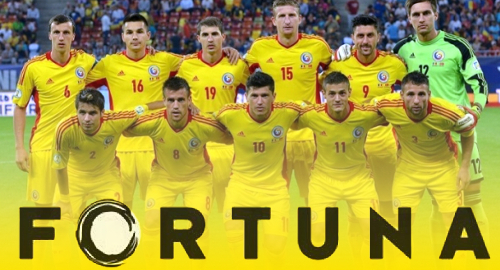 Eastern European betting and lottery operator Fortuna Entertainment Group is looking to up its Romanian profile by sponsoring the country’s national football team.

On Monday, Fortuna CEO Per Widerstrom announced that his company had become an official sponsor of the Romanian Football Federation. The deal commences this month and will continue for the next four years.

Fortuna also holds around one-third shares of the betting markets in Poland and the Czech Republic, and the company sponsors Polish footballers Legia Warsaw and the Czech Football Association. Since 2014, Fortuna has also sponsored Slovakia’s Super League, which has since been renamed the Fortuna Liga.

BWIN SPONSORS PDC’S GRAND SLAM
Elsewhere, GVC Holdings’ betting brand Bwin has signed on as the new title sponsor of the Professional Darts Corporation’s Grand Slam of Darts. Bwin has agreed to put its name on the competition for the next two years starting with this year’s event, which takes place in Wolverhampton from November 11-19.

PDC chairman Barry Hearn extended a warm welcome to Bwin, who will enjoy nine days of global exposure through Sky Sports and the PDC’s international broadcast partners. The betting brand previously sponsored the PDC’s World Cup of Darts, and Bwin CMO Adam Lewis said it was “great for us to link up once again with the PDC.”

BINARY OPTIONS OUTFIT GIVES SPONSORSHIPS THE BOOT
In less favorable sponsorship news, binary options outfit EZTrader Inc has called time on its sponsorship deal with English Premier League mainstays Tottenham Hotspur. The companies inked a two-year pact that was supposed to extend through the 2017-18 EPL campaign but all traces of EZTrader have been scrubbed from the club’s official website.

EZTrader subsequently told Finance Magnates that the company “has decided to stop all sport sponsorships.” EZTrader didn’t rule out returning to the sponsorship game at some point in the future, but for now will be “focusing on adherence with regulatory requirements.”

Last November, the Israeli-based EZTrader was fined $200k and ordered to repay $1.7m to its customers after the US Securities and Exchange Commission determined that the company had failed to inform customers of the “significantly greater potential for investors to lose rather than earn money.”

The following month, the UK Financial Conduct Authority warned that it was considering tighter restrictions on binary betting based on the FCA’s doubts that the products “meet a genuine investment need.”