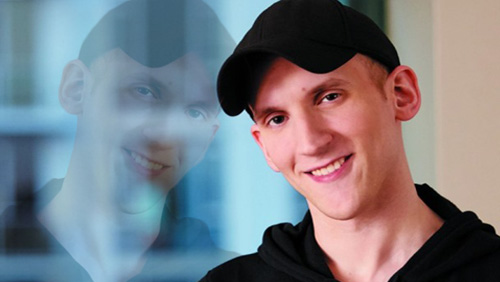 
Being a professional poker player is tough.

The game is more difficult than ever before, and the ups and downs are not only emotionally bankrupting, but piggy banks are being smashed at a rate only previously seen at a Greek wedding.

Diversity, and multiple streams of income.

Take Jason Somerville, for example. There was a time when Somerville made his living purely playing poker. And with over $2.2m won online and $3.6m playing live, I don’t think he is having trouble paying the rent.

But Hendon Mob and Pocket Fives balance sheets can be a tad misleading. Somerville branched out into YouTube and then Twitch. He now earns a nice little income from his followers, and PokerStars picked him up in a sponsorship deal that will keep him from eating tins of baked beans and Spam for a bit longer.

The reason Somerville creates multiple streams of income is because he keeps adding value and this week he delivered once again with the beta launch of the RIUPlayer, a free hand replayer for every game variant available on PokerStars.

You must be logged into Twitch to upload your hand history. When you do, cut and paste the hand history into the replayer and they turn it into something nice and pretty that can be shared amongst your friends with the RunItOnce.TV logo taking centre stage on the virtual table.

Another smart Alec who doesn’t rely on poker winnings to feed the kids is Fraser MacIntyre. Ranked #4 in Scotland’s All Time Money List, MacIntyre came close to winning a European Poker Tour (EPT) Main Event title when he lost out to Frederik Jensen at Season 8 in Madrid.

In Oct 2014, MacIntyre acquired the poker travel one stop shop service Main Event Travel (MET) for an undisclosed sum, and this week they agreed to help 888Poker players with their travel and accommodation arrangements for the upcoming 888Live Barcelona Festival.

The event takes place May 11 – 22 featuring a €1,100 Main Event carrying a record €500,000 Guarantee. MET has agreed to fully customise travel arrangements for the 888Poker online qualifiers, with 888Poker putting the funds into a MET account. Players have the opportunity to top up their account if they want to upgrade or extend their stay.

MacIntyre told the Associated Press that he was ‘absolutely thrilled’ to roll out this unique online system for 888Poker players and promised to ensure they got ‘the very best out of their visit to Barcelona.’

William Hill Churning Out The Money For Some Gambling Related Tweets


Another way that poker players can earn money is to leverage their social media following.

Take Reading Poker Tells author Zachary Elwood, who this week tweeted a photograph of an email sent to him from a company representing William Hill.

Get frequent emails from companies offering $ to post on my social media. Finally asked how much they’d pay. pic.twitter.com/C65IutVTPh

Elwood has 9,555 followers on Twitter and 2,300 followers on Instagram, so if those numbers are in your ballpark, you could be making some pocket change for not much effort.