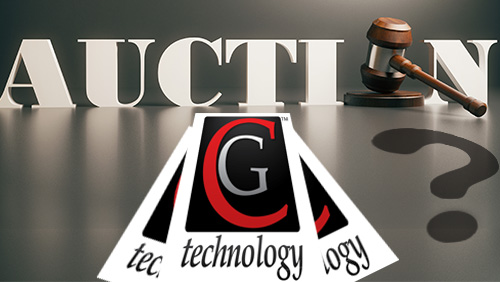 The rumored auction of CG Technology was brought upfront by former oddsmaker Todd Fuhrman, who made a series of tweets on the matter.

Word on the street is April 15 all of @CGTechnology_ will be auctioned off to the highest bidder; starting price for assets & license (1/2)

$15M and there are multiple operators interested including an existing Vegas presence, Irish group, and 3rd European entity (2/2)

Fuhrman claimed that the rumored auction of the Las Vegas-based bookmaker will be held on April 15, with a starting price for assets & license of over US$15 million. He further said that there are multiple operators interested in acquiring the company, including “an existing Vegas presence, Irish group, and 3rd European entity.”

Apart from the two tweets of Fuhrman, there’s no other information on the supposed companies going after CG Technology.

CG Technology has had a rough ride with regulators in recent years, including paying a $5.5 million fine in 2014 to settle an 18-count complaint that the company or its CEO should have known that one of its top executives was accepting illegal bets.

The scandals, however, aren’t stopping sportsbooks such as Betfair from going after CG Technology, according to Legal Sports Report. Betfair is said to be one of the three operators who will make a bid for CG Technology.

At present, Betfair has already marked its footprint in the US through its NJ online casino. If Betfair is successful in its rumored bid, then it will be able to go head to head in Nevada with another UK bookmaker, William Hill.