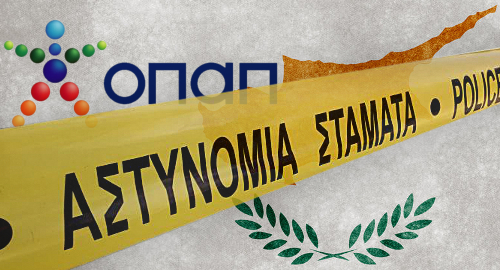 The longstanding relationship between the government of the Republic of Cyprus and betting operator OPAP is rapidly coming apart at the seams.

On Monday, the Cyprus Mail reported that Cypriot attorney-general Costas Clerides had ordered a police investigation into OPAP after the Greek lottery and betting operator declined to hand over its financial records for a government audit unless the state treasurer agreed to sign a confidentiality agreement.

The House finance committee was told that the treasurer sought the advice of the attorney-general’s office, which advised her not to sign the confidentiality agreement. OPAP then refused to turn over their books, leaving the attorney-general no option but to launch its investigation.

Late last year, the Cypriot government introduced legislation aimed at revising its agreement with OPAP, which has been operating in Cyprus since 1969 under an bilateral agreement with Greece. But following the Greek government’s 2013 privatization of OPAP, Cyprus decided its arrangement with OPAP needed updating, particularly in terms of the government’s share of OPAP’s Cyprus revenue.

Last month, Cyprus’ auditor-general Odysseas Michaelides issued a damning report on OPAP’s current deal with the state, under which OPAP pays about €10m in annual taxes. But Michaelides identified a number of financial practices that have undercut the government’s share of the spoils.

For instance, OPAP’s deal requires it to return around 70% of sales to punters, but Michaelides claimed OPAP is only returning around 60%. OPAP is also deducting around €5m in operating expenses from the money it owes the government, and retains around €500k in unclaimed winnings per year. All told, Michaelides estimates that the state is losing out on around €2m per month.

The legislation currently under consideration would require OPAP to pay the state €20m per year or 24% of its gross profits, whichever is greater. In exchange, OPAP would retain its monopoly over lottery number games, but only for a fixed period, after which the contract would be subject to further revision.