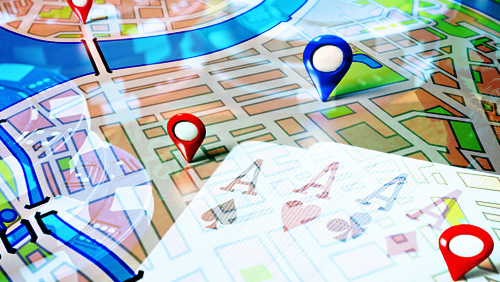 Casino vessels in Goa have been exempted from the Supreme Court’s recent ban on liquor sales, and they have Google Maps to thank for it.

The Supreme Court recently ordered the ban of liquor sale within 500 meters of national and state highways. Casinos operating on the Mandovi River, however, are reportedly not within the minimum distance set by the court, which means it will be business as usual for the offshore vessels.

“If any casino vessel is within 500 meters of the bridge we will not renew their license. But as per Google Maps, they are 800 meters away from the bridge on national highway,” Menino D’Souza, commissioner of Goa’s Excise Department, told the Press Trust of India.

The excise department, which currently mapping the liquor outlets along the state highways, said those who fall under the court directives will not have their licenses renewed after March 31.

There are four floating casinos—Deltin Royale, Deltin Jaqk, Pride of Goa and Pride of Goa 2—operating on the Mandovi river. The fleet of berth casinos, however, only have until March 31, 2017, to find a new location to call home.

Refusing to miss an opportunity for votes, members of the opposition Congress—after hearing about the casino vessels’ exemption—have promised not to renew the liquor licenses of the offshore casinos after March 31, if they are voted to power on March 11, which is the day of counting of votes for the February 4 Assembly elections.

“Once we form the government, I assure you we will not renew the excise licenses of the offshore casino vessels once they expire on March 31,” AICC secretary Girish Chodankar told state reporters, according to PTI.