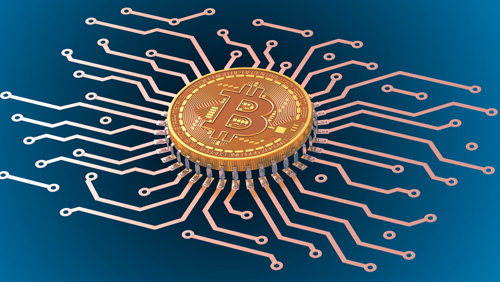 As the legal battle over U.S. Internal Revenue Service’s (IRS) right to gain access to Coinbase user records continues to heat up, Brian Armstrong, co-founder and CEO of the bitcoin exchange, proposed an idea.

His suggestion? Require virtual currency companies to issue a 1099-B tax form, just like brokers do. There is no third-party information for digital currency in the United States, which, IRS said that the “likelihood of underreporting is significant.”

If you recall, a Northern California District Court judge allowed the tax agency late last year to require Coinbase to submit records of its customer transactions as part of an investigation into possible tax fraud activities—an order that the bitcoin wallet service is challenging on grounds that it’s too broad and might incriminate customers who have done nothing wrong.

Several weeks ago, Armstrong broke his silence on the issue with a blog post, in which he questioned why Coinbase—which he says has cooperated with the IRS in the past—appears to be the only exchange targeted by the agency. In his post, the Coinbase executive suggested that IRS require all virtual currency exchanges to issue a 1099-B at the end of the year to all of their U.S. customers, a copy of which will be sent to the tax agency.

“This would make it easy for users of virtual currency to pay their taxes without violating their privacy. 1099 forms provide a simple summary of gains or losses on trading activity, instead of full transaction records, transcripts with customer support, IP addresses, etc.,” Armstrong said at the time.

However, not everyone is on board with requiring bitcoin- and blockchain-related businesses to issue a form 1099-B. Perry Woodin, CEO of blockchain governance company Node40, thinks requiring 1099-B will only result in a flawed system.

“The only way I see the 1099-B working is if Coinbase customers never remove their assets from the Coinbase ecosystem. As soon as a customer moves bitcoin away from Coinbase (e.g. to a Bitcoin wallet on the customer’s phone), Coinbase loses the cost basis. Once the cost basis is lost, it’s impossible to determine any short or long term gains or losses. The 1099-B form asks for data that Coinbase simply does not have access to and is nearly impossible for a customer to accurately calculate,” Woodin told CalvinAyre.com.

Three years ago, IRS issued a guidance on how to treat digital currencies like bitcoin for federal income tax purposes. In it, the tax agency defined bitcoin and other cryptocurrency as “convertible” virtual currencies that are to be treated as a capital asset, which means that capital gains rules will apply to any gains or losses.

For now, Woodin “fully expects” that the tax agency will be given access to the Coinbase customer list.

“Once that happens there will be increased interest from people who hold Cryptocurrency to report tax liability,” Woodin said.

The price of bitcoin continues to rise, with the popular digital currency trading at $1,029.99 early Thursday morning.