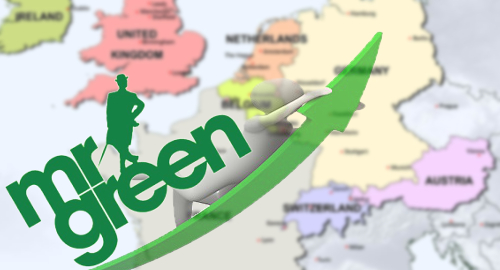 However, Q4 net income fell 15.4% to SEK 14.2m due to costs of services rising 61%, while marketing costs were up 27.8% and personnel costs rose one-third. The cost spikes were attributed to the company’s regional growth and expanded product offering, which included new sportsbook and live casino offerings.

But Q4’s expenses also included a charge of SEK 8.4m stemming from “a case of fraud linked to a security defect in a specific third-party payment solution.” Mr Green said the security defect was corrected at the end of the quarter.

While Nordic markets have traditionally been Mr Green’s bread-and-butter, Nordic revenue fell 1.6% to SEK 88.9m in Q4, allowing its dominant position to be usurped by Western Europe revenue, which shot up 91.2% to SEK 93.4m. The Central, Eastern and Southern Europe category also enjoyed healthy gains, rising 37.4% to SEK 75.3m, thanks in part to strong growth in Austria.

GREEN GAMING PREDICTS PROBLEM GAMBLING
With great growth comes great responsibility, and Mr Green is developing software that will allow the company to identify players at risk for problem gambling behavior and to prevent the company from bombarding these players with marketing pitches.

Speaking to Swedish media outlet The Gambler Magazine, Mr Green Ltd CEO Jesper Kärrbrink said the new software was called the Green Gaming Predictive Tool and would help the company “channel players into the right ‘customer journey’ adapted according to each person’s behavior.”

The Green Gaming tool requires players to give permission for Mr Green to collect data on their behavior. Kärrbrink said Mr Green “believes in free will,” but would nonetheless “push as many of our customers as possible in this direction.”