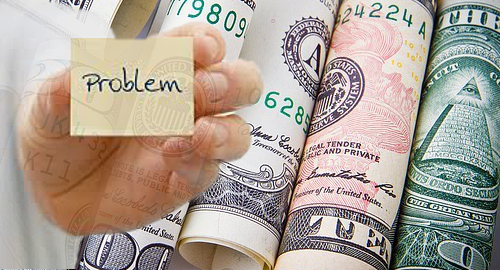 A new study has determined that financial problems are the most commonly reported negative impact of gambling, a finding roughly on par with determining that the sun tends to rise in the east each morning.

Last week, the Massachusetts Gaming Commission (MGC) received Impacts of Gambling in Massachusetts, a report based on an online panel survey of 5,046 state residents conducted by the University of Massachusetts Amhert School of Public Health and Health Sciences.

The online survey ran concurrently with the previously released general population survey of Massachusetts’ residents gambling activity. The MGC commissioned the surveys in order to obtain a snapshot of gambling activity in the state prior to the arrival of several major brick-and-mortar casinos over the next few years.

The online survey found that 3.8% of gamblers reported financial problems as a result of their gambling activity, about the same number that reported physical health and stress-related issues, while mental health problems were reported by 3.2% of gamblers.

However, the online survey identified 317 problem gamblers among its participants, 2.5x more than the general population survey. It’s worth noting that the researchers admitted that “although online panels are demographically representative of the population, they contain an unusually high prevalence of people with various types of pathology, including problem gambling.”

Not surprisingly, problem gamblers reported much higher negative impact scores than moderate gamblers. But even among the problem gamblers, researchers found that suicidal thoughts were “relatively uncommon,” relationship problems were “relatively infrequent,” and committing illegal acts was the rarest negative impact to make the chart, reported by just 0.5% of all gamblers.

The report also punched a hole in oft-repeated claims that online gambling was a greater source of problem gamblers’ woes. Only 28.2% of problem gamblers reported that certain types of gambling contributed to their problems more than others, and of those that did report this, no one form of gambling was overwhelmingly endorsed as the culprit, although instant lottery tickets were the only category to have sufficient support to make a reliable estimate.

As with most studies, the gambling report reinforces the wisdom of not confusing correlation with causation. For example, problem gamblers who participated in the online survey were 3.32x more likely to participate in extreme sports than problem gamblers in the general survey. Honestly, how do the makers of Mountain Dew sleep at night?

While not wishing to understate the potential negative impacts of gambling, its positive mental and physical contributions – as detailed in Dr. Patrick Basham’s book Gambling: A Healthy Bet – are too often ignored. So temper this financial problem talk with the UK centenarian who says traipsing down to his local betting shop each morning “keeps my mind ticking over.”