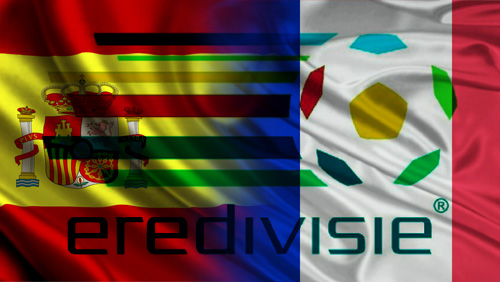 The Dutch Eredivisie has followed the example set by France and Spain by setting up an 18 team eLeague that will mirror the nation’s premier football league over the course of 17 rounds of FIFA17.

There are no shadow punches when you play FIFA17 against your best mate. The only smiley faces are sitting on your dinner plate next to your baked beans. It’s an Alpha male thing. Every loss is like a smack in the face, and there is always a few quid on the line to raise the stakes

It’s at times like these where gambling adds something extra to the party. The desire to win is amplified; the risky type of chemicals start boiling your blood. And so it’s only a matter of time before betting on the outcome of digital sports matches like FIFA17 will become more popular than the real thing.

On February 6, a week before men have to choose between FIFA17 and taking their missus out for a Scottish at McDonald’s; the Dutch Eredivisie launches their official virtual league.

Christened, the E-Divisie, the virtual football league, will see young men pull on the shirts of the 18 Dutch Premier League sides to compete in 17-rounds of matches to determine who will become the FIFA17 champion of Holland.

The game of choice will be FIFA17 Ultimate Team, and the Eredivisie partners with the game’s creators EASports and Endemol Shine Nederland to tune into the home of tomorrow’s football fans.

The games will be streamed live via Twitch, YouTube, and FOX Sports Netherlands. The winners will represent Holland in the European Championships and potentially the FIFA Interactive World Cup – the largest digital sports tournament in the world.

The Dutch Eredivisie joins the French Orange e-LEAGUE-1 and Spanish Orange Superliga and European eLeagues that mirror the real thing. With West Ham and Man City already signing professional FIFA players to increase their reach to the future football fans, how long will it be before we see the ePremier League?

I love the idea.

As a football coach, I can see firsthand the influence that FIFA17 has on the youth of today. It’s where they learn who the greatest players are, how to do all the fancy tricks, and how to NEVER pass the ball.

It’s good to see that the marketing machine for the biggest football teams in the world not only understand this but are doing something about it.