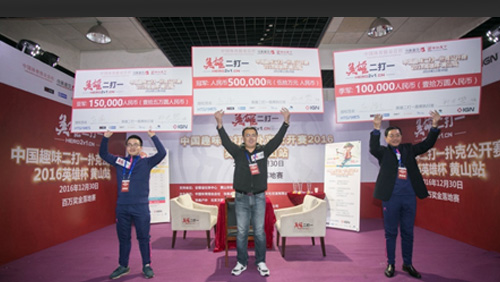 Twenty-seven elite 2v1 players from all over China battled in China’s first professional 2v1 Poker game tournament for 1M RMB in prize money on Dec 30th, 2016 in HuangShan. The first place winner walked away with 500,000 RMB, the largest 1st prize ever to be given in 2v1 tournament. The players qualified through the mobile APP, Hero2v1.cn and battled over 2750 players to earn their place for season one of the ‘China Fun 2v1 Poker Tournament Hero Cup 2016’.

2v1 Poker lover Guo Xiao from Taiyuan city of Shanxi Province defeated eight other strong opponents in the last round and won the champion title of the first season of ‘China fun 2v1 Poker Tournament Hero Cup’. He won not only 500,000 RMB of cash prize, but also a reward of 6m gold coins in the mobile APP Hero2v1.cn . “I am very excited to be able to compete with 2v1 poker experts around the country and become champion. I’m grateful this tournament provides a poker sports platform that combines sports and entertainment. I feel that as long as I am calm, composed and dedicated, nothing is impossible.” 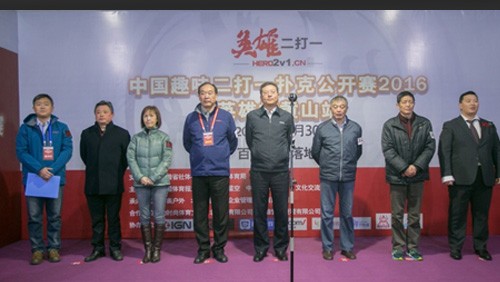 Runner-up Yu Lisong was one of the youngest players. He stated after winning that “this is my first pot of gold through my efforts. And the prize money can help me realize my dream of entrepreneurship before university graduation.” 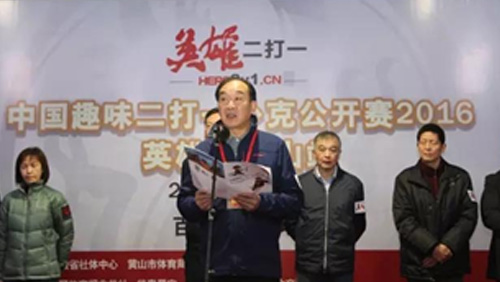 “The participants are gathered under the foot of Huangshan. They lift the restriction of space and time to compete, a perfect combination of virtual and objective reality. For such a tournament to be held in Huangshan is us responding to the national strategy of fitness for all. It helps to promote the long-term development of Huangshan’s sports work for the populace and the regional sports industry. “ 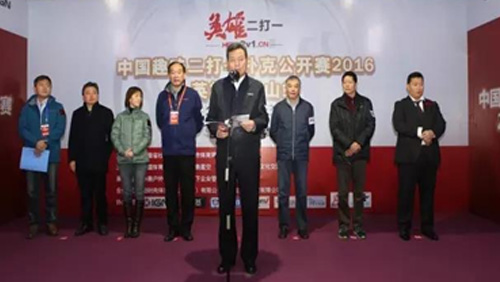 Wang Ping, Vice president of China Sports Publishing Corp and president of Hua Ao (Sports.cn) had this to say:

“Players should strictly play by the rules and compete in a fair and harmonious manner; referees and staff should ensure the absolute systemization, regulation and transparency of this tournament to make it regulated, fair, and open. More importantly, this is a fun tournament, we should show a high level of unity of competition and culture and make sports fashionable so that the players can show their manners and style in competition and enjoy the experience.”

Ye Changyin, Deputy Director of Huangshan municipal people’s congress and the director of municipal committee of fitness for all stated that; 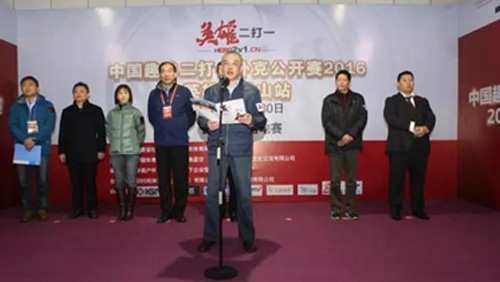 “A very high-level professional tournament like China Fun 2v1 poker tournament’s taking place in Huangshan has given us a rare platform for learning and communication; it will help promote the publicity of Huangshan, the concept of fitness for all and the communication of card game culture and its influence.”

David Jung, CEO of Hero2v1.cn said about the tournament, 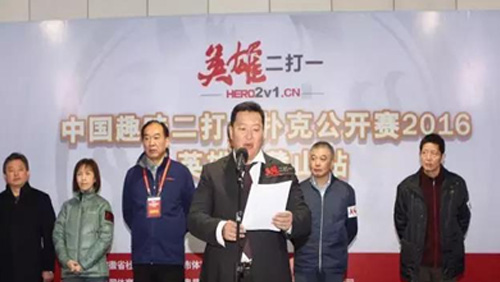 “It has been a great honour to host the first professional 2v1 poker tournament in China with the support of the respective government sports authorities which has allowed us to create a truly competitive and professional format to find China’s top 2v1 poker champions. It is our goal to continue to develop Hero2v1.cn as an 020 business model of qualifying players through our APP create a vibrant professional 2v1 poker sports tournaments. Our focus is to continually improve and innovate under the guidance and regulation of the respective government sports authorities and their state owned enterprises.”

Dozens of media outlets including Xinhua news agency, People’s Daily, CCTV, Sports Press, sports.cn, LeTV, PPTV, Sina, Sohu have done a comprehensive report on this tournament, and made in-depth interview of the guests and players. What’s more, the live tournament is innovative in adopting promotional approaches such as documentary and live streaming to present itself to the public, made the “China Fun 2v1 Poker Tournament Hero Cup” a truly influential card game sporting event. 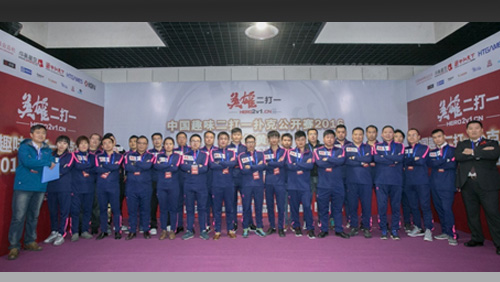 Zhong Hong is the game issuer of Hero2v1.cn in China with a focus on cultural development for games and the arts. Hero2v1.cn is the most innovative and professional competitive platform of 2v1 poker sports tournaments today. Currently its live tournament has an annual prize pool of 5M RMB with four seasons each year.