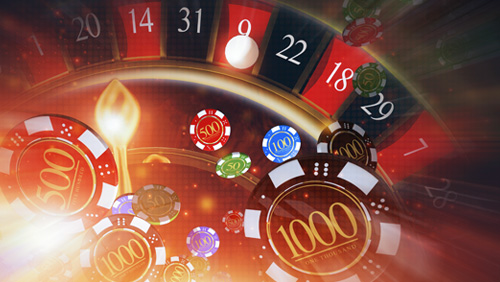 3-Barrels of pure value including Daniel Harwood winning the inaugural DTD200 £100,000 Guaranteed Event at Dusk till Dawn; an incredible 700,000-1 shot comes in for Alan Bleeks, and the nephew of a Brazilian billionaire wins over a million on the roulette wheel.

A few weeks ago, Dusk till Dawn (DTD) announced plans to launch a new £100,000 Guaranteed tournament with a £200 buy-in. The DTD200 would feature every weekend with the format alternating each time.

The inaugural nine-handed event took place over the weekend, and Daniel Harwood took top honours. Harwood took home the top prize of £19,850 plus a £550 seat into the partypoker MILLIONS event – also at DTD – after beating 461 runners.

Daniel Harwood turned £220 into more than £20K by winning the DTD200 last weekend. Qualify for this week’s today. https://t.co/O6WZJfZYFT pic.twitter.com/EwmsOGf0ca

Harwood defeated Seb Pawlak in heads-up action. He began with a slight chip disadvantage but won the all-important coin flip when his pocket tens beat [Kc] [Jc] with the board running out [As] [6s] [3c] [8c] [6d].

The DTD200 is back this weekend, once again featuring a £100,000 Guarantee, but offering Six-Max action.

If you have ever been to DTD, you can’t fail to notice the partypoker wheel when you walk through the doors. The wheel offers DTD members a variety of ways of winning additional prizes connected to cash game action, and one of them is to win a cash game hand with quads or better, which gets you a free spin.

This weekend, Alan Bleeks, 39, from Derby, got a free spin after hitting a Royal Flush while playing in a cash game. It’s the first time he has had a Royal Flush in 20-years, and it was worth the wait.

Bleeks, who won an additional £1,000 for hitting the Royal Flush, was allowed a single spin of the partypoker wheel, and he hit the ace of diamonds to increase his prize to £10,000.

The last I heard, he won’t be retiring.

If you thought Bleeks £10,000 win was something special, then wait until you here about the Brazilian businessman who was splashing around the cash on the roulette tables on Jan 3, 2017.

Pedro Grendene Bartelle, was with his buddies at the Conrad Punta del Este Resort & Casino, an old haunt for now defunct Latin America Poker Tour (LAPT), when he decided to place a $35k bet on the number 32.

As you can imagine, someone who places a $35k bet on a single number in roulette is not short of a bob or two.

His uncle is Alexandre Grendene Bartelle, the billionaire sandal manufacturer.