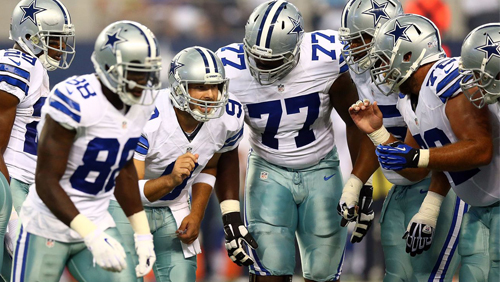 The Dallas Cowboys‘ recent slump against the spread and the Detroit Lions’ resiliency makes their meeting more intriguing than the typical betting matchup with a touchdown favorite. The Cowboys are seven-point favorites against the Lions with a 44-point total for Monday night.

Dallas has also failed to cover the posted spread in four consecutive games.

The unknowable with the Lions, who are 9-5 SU and 8-6 ATS, is how they react to the circumstances of a must-win game as they try to maintain sole possession of the NFC North lead. The offensive line in front of Stafford has struggled since losing C Travis Swanson, who has not been cleared to practice. When Stafford has time, he will be facing a merely adequate pass defense that allows 7.1 yards per attempt and has only eight interceptions.

Wide receiver Golden Tate’s elusiveness after the catch could bedevil Dallas’ secondary. The Lions’ chances will also get a boost if slippery RB Theo Riddick (wrist) is able to play.

The Cowboys, who are 12-2 SU and 9-4-1 ATS, can clinch home-field advantage throughout the playoffs with a win. Facing the Lions’ bend-don’t-break defense could work to the favor of QB Dak Prescott and league rushing leader Ezekiel Elliott, since their challenge might simply come down to consistently getting first downs. The Lions are in the middle of the pack, allowing 4.2 yards per carry (18th) and having only 24 sacks (29th).