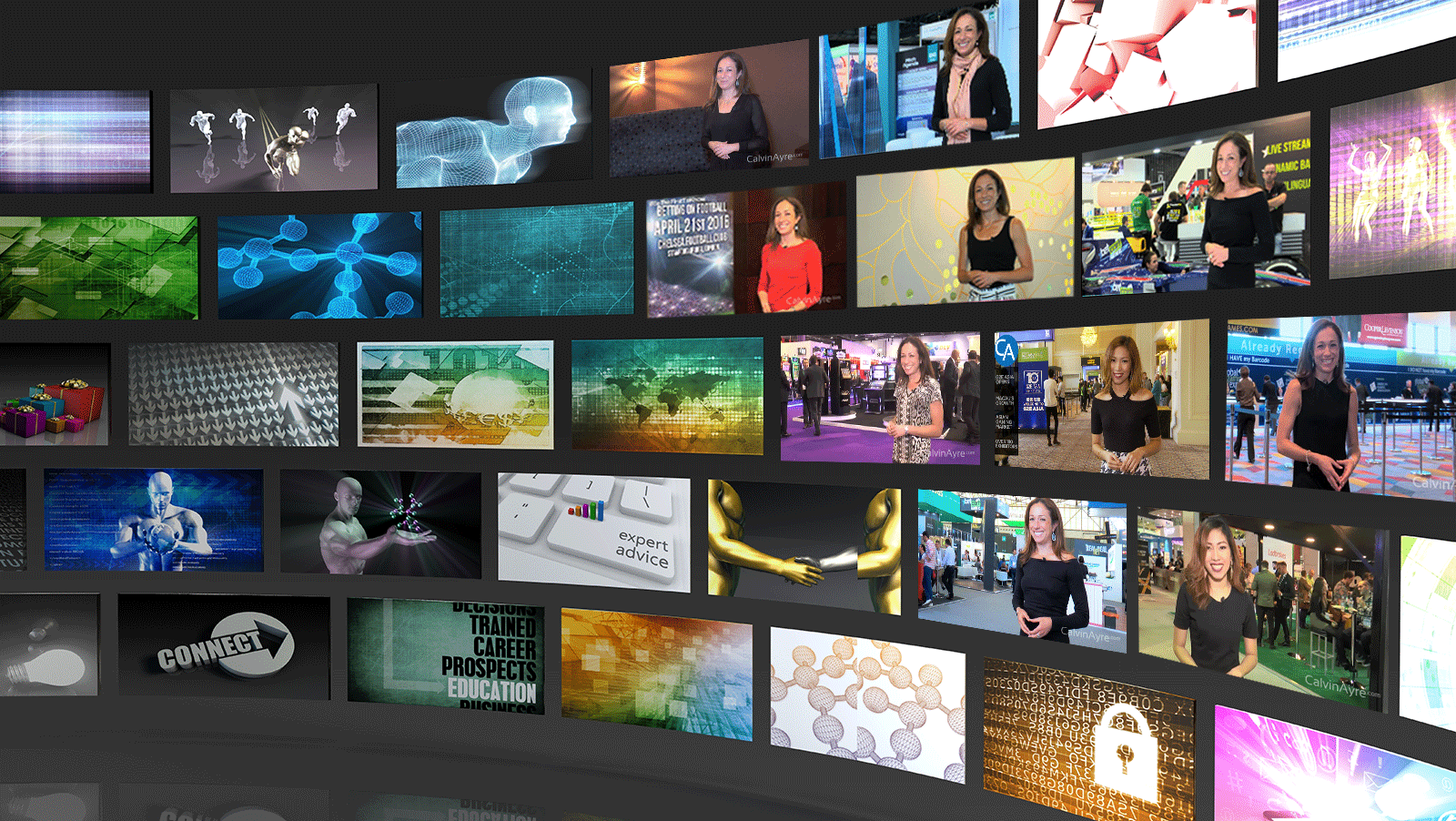 Over the course of 2016, the combined London and Manila CalvinAyre.com film crews covered a total of 27 conferences and events throughout the world ranging from one to three days apiece.  Last week I revealed some of the biggest changes coming up in our 2017 conference circuit and this week I’d like to highlight which 2016 conference recap videos received the most views from our readers.

G2E Asia has been growing year on year since its inception ten years ago and is now regarded as the biggest event of the year focused on the Asia-facing gambling industry.  In this recap, my Asia-based counterpart Stephanie Raquel touches on the opening ceremony featuring Reed Exhibitions President Hu Wei and the AGA’s Geoff Freeman and includes some words from Aaron Fischer on the outlook of the Asian gambling market.

WGES in Barcelona has earned the title of most senior event of the year.  Yes, the tickets are expensive, but the crowd is predominately C-level.  Lottoland’s Nigel Birrell, the Hippodrome’s Simon Thomas and Plumbee’s Raf Keustermans (all CEOs) share words in this day three recap, Birrell talks on the state of the lottery market, Thomas on bringing eSports to land based casinos and Keustermans on VR opportunities in social gaming.

SBC put on a great event at the Chelsea Football Club, the only event of the year dedicated to the football betting industry.  The 2016 installment of BOFCON was particularly relevant as the Euro 2016 was taking place several months later, making the event a perfect place to discuss marketing strategies and other Euro ’16 opportunities.  In this recap, we hear from BetContruct CEO Vahe Baloulian, Energy Casino’s Daniel Hurley, STARK eSports’ Kahlid Naim and iSport Genius’s Nathan Rothschild.

The iGaming affiliate-facing conferences are always plenty of fun to cover and never fail to provide visually appealing content for the CalvinAyre.com film crew to capture.  Our day two recap video of BAC 2016 features professional bartender tricks at the Tipbet booth, Fred Done’s surprise appearance at the Active Wins booth, virtual reality technology at the SlotsMillion booth and some words from Matching Visions, one of the only affiliate networks to secure a booth at the event.

What’s special about EiG’s day three is the annual Start-up Launch Pad, a “dragon’s den” style competition for the most promising start-ups in our space.  In this recap, we speak with Melissa Blau, one of the key professionals behind the Launch Pad, Martin Cagalinec, CEO of 1SpinMillionaire and the winner of the 2016 EiG Launch-Pad, Tony Plascow of Black Cow Technology, one of the 2016 Start-up Launch Pad finalists and Rory Credland of Clarion.

Without a doubt, eSports maintained its position as one of the hottest topics in gaming through the course of 2016.  Bullet Business identified an opportunity and put on a dedicated conference for the sector in 2016, the eSports Betting Summit.  In this recap, we hear from Moritz Mauer of Betgenius on regulation, Adam Savinson of Win Technologies on marketing, Harry Lang of Pinnacle on understanding eSports and Jonny Clegg of Bullet Business on the success of the event.

The LAC is the largest iGaming affiliate-facing event of the year and usually features a celebrity appearance or two.  In 2016, the first day of LAC included an appearance from John Barnes who we grabbed a few words from at the Euro Partners booth, Evander Holyfield at the 10Bet booth and interviews with Jonathan Levi of Gaming Tech, Fintan Costello of Revenue Engineers and Sreeram Vanga of Cozy Games.

Just about everyone loves the location of Amsterdam for the iGaming Super Show in the summer, the largest event of the year dedicated to all aspects of the iGaming industry.  This year at the second day of the Super Show, CalvinAyre.com spoke with Eliot Jacob of Active Wins about their motorcycle leather jacket giveaways, Mitsuya Fujimoto of Ganapati about his Japanese gaming technology, Marcus Tandler of OnPage.org on SEO strategy and Karolina Pelc of LeoVegas on her recent launch of a live casino product.

G2E Vegas always has one of the liveliest expo floors of the year.  What I find most interesting about this recap clocking in at number two on our list is the expo floor was not even opened yet!  All curiosities aside, our day one recap touches on G2E sessions and the Gambling Insider Awards Luncheon, including interviews with Alex Hammond of Gambling Insider, Maureen Sweeny, winner of the “North America Executive” award, Per Eriksson of NetEnt and Nicky Senyard of Income Access.

In my opinion, if you had to pick one gaming event to attend per year, it should be ICE Totally Gaming as it covers everything.  This year’s Day 1 recap video was full of interesting encounters, including words from Playtech’s Luke Davis on their ICE Ted-Style sessions, CORE Gaming’s Justin Chamberlain on motorcycle racer Sam Lowes brand ambassador deal with CORE’s MotoGP Virtual Sports game, some words from Lowes himself, Colossus Bets’ Bernard Marantelli on brand ambassador Michael Owen, some words from Owen and NetEnt’s Per Eriksson on the launch of “NetEnt Rocks”.