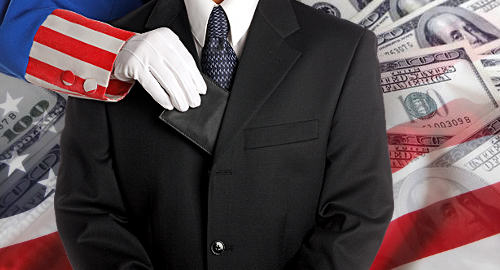 New revelations regarding a historical online gambling payment processing seizure further illustrate the hypocrisy behind US authorities’ claims to be looking out for the nation’s online gamblers.

On Sunday, the Seattle Post-Intelligencer reported that a Seattle-based Secret Service taskforce had seized $3.4m from Thames Point Management, an intermediary between payment processors working with internationally licensed online gambling sites and their customers. The seizure resulted from a 2011 investigation into gambling sites serving Washington state punters.

The investigation involved Seattle Police Department detectives opening accounts with a number of sports betting sites, including Bodog.com and BetUs.com. The investigation, which also involved the US Attorney’s Office for Western Washington, tracked the movement of money within the nexus of gambling sites, payment processors and bettors.

The Seattle PI report notes that neither the processors nor the associated betting sites made any effort to fight the seizures in civil court. The firms apparently chalked the seizure up to the cost of doing business and left it at that.

The fact that these sites chose to do the right thing stands in stark contrast to the numerous instances in which gambling sites proved unwilling or unable to honor their debts to winning players following such government seizures (see Absolute Poker, BetED, Full Tilt, Everleaf Gaming, etc.).

A point not stressed nearly enough in the PI article is that the $3.4m seized from Thames Point consisted of betting winnings in transit to punters from the sites. Had the gambling companies not stepped up, their customers would have been robbed by their own government under the guise of protecting gamblers from the potential threat of betting sites taking their money. Ahem.

It’s also worth noting that the seizures in the PI article, in particular the funds belonging to the Bodog gamblers, were clearly in violation of international law, given World Trade Organization rulings that the US prohibition on Antigua-licensed online gambling operators serving US punters represents illegal protectionism.