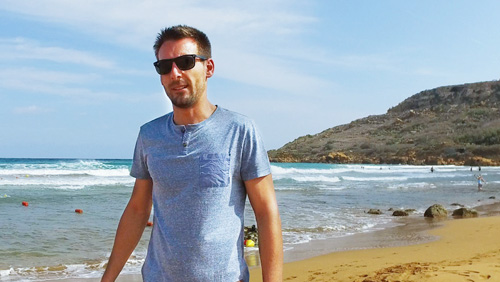 At EnergyCasino we create winners each and every day but, occasionally, something truly extraordinary happens. Now luck is, as we all know, truly random – but some people do seem to have more than their fair share of it. One of those people is named Jaroslav and hails from the Czech Republic. Jaroslav has been a loyal player at EnergyCasino for quite some time, but a few months ago he embarked on one of the most phenomenal winning streaks that we have ever witnessed. In fact, if you have been reading our blogs you will probably already recognise the name, because he has featured rather heavily recently.

From a lucky spell that saw him win €45,884 on slot game Roaring Forties at the end of August and start of July, to thirty-five minutes that landed him an impressive €22,974 on Stunning Hot, Stunning Hot 20 Deluxe and Elements: the Awakening. His wins are far too numerous to list here, but you get the drift; he had several months of quite incredible luck that saw him win many tens of thousands of Euros.

The monetary winnings were just the start of things for the lucky Czech though, because by playing at EnergyCasino he had also been racking up our exclusive EnergyPoints. If you are not familiar with EnergyPoints, they are EnergyCasino’s unique reward system; each time you play slots for real money you get rewarded with points. You can then use those points to buy a whole range of brilliant gifts, from T-shirts and hoodies through to iPads, Swiss watches and even holidays. There is growing range of items, all available through the on-site EnergyShop.

Jaroslav, having accumulated a significant number of EnergyPoints, became the first player to redeem them against a fantastic Maltese holiday. EnergyCasino representatives met Jaroslav when he flew into Malta, and made sure that he had an amazing time in the beautiful Mediterranean paradise. From jet boat rides and swimming in the perfect azure waters, to living the good life poolside at the hotel, Jaroslav was a natural at the winner’s lifestyle.

As EnergyCasino CEO Marcin Sapinski explained “at Energy we see our players as more than just statistics, they are our friends. Without them we wouldn’t be here, so it’s really fulfilling when we have the chance to personally meet winners and make their experiences something truly special.”

So that everyone can get a better idea of what it’s like to live like an EnergyCasino winner, we made a little video.