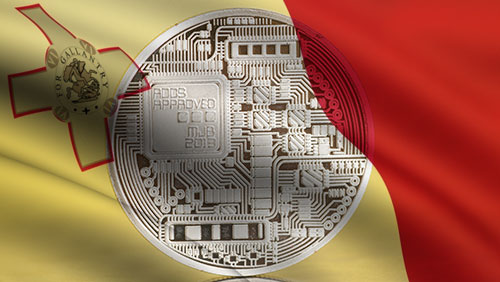 Apart from trading, real-world use cases for digital currencies are starting to emerge. In the gambling sector, the popular cryptocurrency has recently been recognized by the UK Gambling Commission (UKGC) as an acceptable payment method available to its licensees.

However, other global regulators—like the Malta Gaming Authority (MGA)—have yet to follow. And this, according to investment broker Exante, is dampening the prospects of digital currencies.

“The acceptance of bitcoin as payment method would no doubt help popularize it among online casinos and gamers while also attracting bitcoin casinos that currently use fiat currency,” Exante said in a statement.

The MGA is still taking a wait-and-see approach towards allowing its licensees to handle transactions in digital currencies. Joseph Cuschieri, executive chairman of the gaming regulator, said they received “very few requests” from licensees looking for authorization to handle bitcoin transactions—requests that MGA had “always refused” because he believes the use of such technology by MGA licensees are “a risk.”

BitStarz, however, is of different opinion. The Malta-based bitcoin casino believes the adoption of Bitcoin would open up opportunities for spreading cryptocurrency in the gambling industry. According to BitStarz marketing manager Sasha Jade, the problem lies in the fact that fiat money casinos, which still hold 99% of the gaming market, currently do not accept Bitcoin.

“The recognition of Bitcoin by Maltese gaming authorities in the years ahead would allow Bitcoin to get on the global gaming market and expand into Asian and Russian markets,” Patrick J O’ Brien, Exante communication director, said in a statement.

Cuschieri said the MGA plans to take a proactive approach and is looking at “adopting a national approach” to cryptocurrencies, such as collaborating with Malta’s Central Bank, the Financial Intelligence Analysis Unit and the Malta Financial Services Authority.

The price of bitcoin dropped to $717.53 on Thursday morning, with a trade volume of $7.4 million.