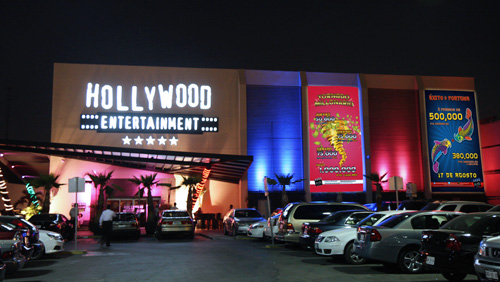 Storm International has sold its Mexico business, Storm International South America (SILA) in Monterrey, operating since 2009, which comprises two entertainment complexes, Hollywood I and Hollywood II, with a total of over 1,000 slot machines. Both the amount and the buyer are not disclosed. The properties are sold to optimize companies’ geography of operations and to receive additional investment to other projects, which are now undergoing final stages of development, to be announced later.

Michael Boettcher, President of Storm International, made the following statement: “Both the Monterrey and Mexican business environment have been very difficult to work with. My company invested well over $30m into Monterrey, employing over 400 staff and trying to build a future for everyone involved in our business. That business has become more and more complicated with the many changes and lack of transparency from both the local authorities and from SEGOB. We will now move forward and focus on other promising opportunities and challenges in other countries that are more open to encouraging foreign investment.”

Darren Keane, CEO of Storm International, commented on the deal: “Our Mexican unit was profitable showing stable business indicators, however we decided to sell it to concentrate on our preferable geographies – Europe and Asia. Currently we have several new projects under development, which demand both financial investment and management to assure their success.”
Hollywood Entertainment Complexes are designed in classical style and resemble American movie theatres of 1950’s. Visitors enjoy a wide variety of slot machines with the latest and most innovative games, available in different denominations. They are treated to live music bands, live shows and a great choice of dishes in their restaurant areas. Each property has exclusive VIP lounges.

The Shangri La brand casinos, brightening the capital cities of Georgia, Armenia and Belarus, are the Company’s current flagships. Storm Casino now operates a chain of slot halls in Germany with long-term plans to continue opening new locations. The restaurant business and leasing space is the Group’s main
focus in Russia.