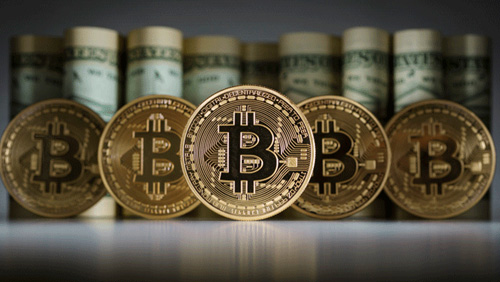 Bitcoin is soaring once again, thanks to President Donny.

The 2016 U.S. presidential elections—dubbed as the unpopularity contest—ended late Tuesday with Republican Donald John Trump elected as the 45th president of the United States. The surprise outcome defied polls that showed Democrat Hillary Clinton with a small, persistent edge—but one that was not enough to pull her ahead during Election Day.

The possibility of having the 70-year-old real estate developer-turned-reality television star as a president had many analysts shaking in their boots. Windsor Holden, head of forecasting and consultancy at Juniper Research, said in July that with Trump at the helm, “there is the very real prospect of turmoil on world markets.”

However, there’s one sector that is thriving—and is expected to continue to do so—in a Trump presidency: digital currency.

On Tuesday, the price of bitcoin rose from a low $709 to around $737 when the polls in the East Coast began to close.

In an interview with CoinDesk, cryptocurrency hedge fund manager Jacob Eliosoff said President Trump—like any “epic disaster”—would be good for haven assets such as bitcoin.

“It would be an epic disaster in a bunch of respects—economic, geopolitical, democratic—and in the fear and chaos bitcoin would be a defensive asset people could turn to,” he said, according to the news outlet.

Investors have been calling bitcoin a “safe haven” asset that shows its strengths as an investment vehicle “in times of macroeconomic uncertainty,” such as Brexit or even recession, which incidentally, is where the United States is heading, according to investment brokers.