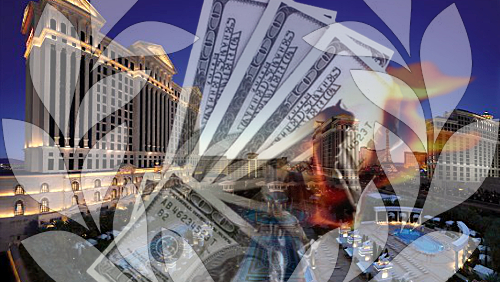 Casino operator Caesars Entertainment Corporation lost $643m in Q3, leading its CEO to celebrate “another solid quarter of performance.” Honestly, you can’t make this stuff up.

The ephemeral entity known as Continuing CEC – which doesn’t include the still bankrupt Caesars Entertainment Operating Co (CEOC) – saw revenue edge up 3% to $986m in the three months ending September 30, while adjusted earnings rose 9.3% to $269m. Operating income fell from $88m in Q3 2015 to a $44m loss.

Caesars’ accounting records have been a dog’s breakfast of acronyms and asterisks ever since CEOC filed for Chapter 11 protection in January 2015, and just when you thought things were getting easier, the company’s Caesars Interactive Entertainment (CIE) unit sold its Playtika social and mobile games business for $4.4b, guaranteeing at least another 12 months of inelegant comparisons.

Caesars used to report CIE revenue as a part of the Caesars Growth Partners (CGP) division, which also controls six brick-and-mortar casinos, real-money online gambling operations and the World Series of Poker brand. Caesars now says that the Playtika sale means CIE is no longer considered a separate reportable segment from ‘CGP Casinos,’ so it’s combining those numbers under CGP.

Caesars made $4.4b from the Playtika sale but most of that was immediately diverted to bribing CEOC’s holdout creditors to sign on to the division’s restructuring plan. Last week, Caesars announced that it was now looking to raise an additional $3.8b in “third-party exit financing” to assure the bankruptcy deal goes through. Caesars has a November 16 date with US Bankruptcy Judge Benjamin Goldgar to sell him on the plan.

Caesars says it has enough unrestricted cash on hand to make it through the end of the year, but if it fails to raise new financing, or the COEC restructuring doesn’t go through “on a timely basis and under circumstances satisfactory to CEC,” then Caesars will be forced to seek its own Chapter 11 protections.

Caesars CEO Mark Frissora said the Q3 numbers weren’t helped by a “significant unfavorable hold” at its casino tables that reduced earnings between $30m and $35m. Perhaps that’s why the company issued a notice to staff in Vegas last month reminding them to be on the lookout for players wearing smartwatches.

The Las Vegas Sun reported that Caesars’ notice specifically singled out Samsung smartwatches, as they’re the only ones equipped with cameras. A Caesars spokesperson said the Samsung watch camera “can be used inappropriately in the context of a table card game.” But hey, if you confiscate enough of them, maybe you could raise some of that $3.8b via eBay resales.