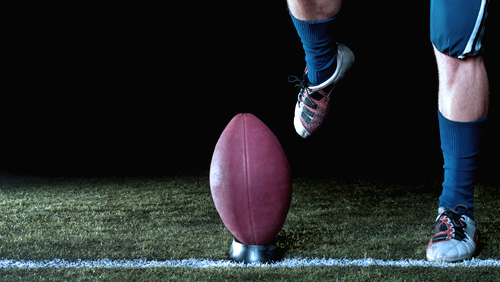 By now there should be a semblance of reasonable consistency within the league. We can forgive a loss here or there if it’s honorable, but we should have a fix on who the best teams in the NFL are. And we don’t. Which is awesome because this stuff is supposed to surprise us a little bit.

There’s no better way to celebrate a revenge win over your division rival than by trading away your best defensive player.

The most miraculous thing about Dallas’s turnaround has nothing to do with Dak Prescott, Tony Romo, Zeke Elliott or Jerry Jones owning a one-loss team. Sean Lee is still alive! Cowboys fans know how absolutely vital he is to the defence. In 2015 he played 14 games after missing all of 2014 with concussion problems. He is without question the anchor of this defence and he never gets celebrated which is shameful.

Next Game: Dallas -7.5 at Cleveland

Next Game: Denver at Oakland PK

The argument about Atlanta’s Matt Ryan deserving more MVP consideration over Tom Brady has nothing to do with the four game suspension the latter served earlier this year. It has everything to do with Matt Ryan carrying a team that has the third worst defense in the league statistically.

Oh so you’re telling me the injuries to Teddy Bridgewater and Adrian Peterson weren’t going to catch up with the team eventually?

Next Game: Detroit at Minnesota -6.0

I moved the Steelers up only because the rest of the league decided to turn itself on its head this past weekend. You know that when Big Ben comes back soon, this is one of the best teams in the league. C’mon! Admit it!

Next Game: Pittsburgh at Baltimore -1.0

Poor Knile Davis. Released twice in the same day? After being traded for a seventh round pick? That sucks man. He’s only 25!

Next Game: Indianapolis at Green Bay -7.5

It was absolutely bizarre listening to the announcers of the Chiefs-Colts game trying to defend the hit on Alex Smith. If somebody breathes on a quarterback these days they get a huge penalty, but apparently launching yourself in to a “late slide” is totally legit. I hate this league sometimes.

By the way, I have no idea what to do with the Chiefs. They’re a really good team that’s disciplined and skilled where you need to be. And they’re pretty bad against the spread. But they beat Oakland and…nothing makes sense this year. I don’t even know why I do this.

Next Game: Jacksonville at Kansas City

The Raiders won again on the road and covered again. That’s the good news. The bad news is that they still haven’t won (or covered) at home, and their remaining schedule has eight games with five of those being in Oakland. Yuh-oh.

Next Game: Denver at Oakland PK

I think the Saints are absolutely not playoff worthy, but as far as betting goes it’s hard not to get excited about them. You can do a lot worse than the top passing offence and the second best scoring offence around. And with a defence as bad as theirs, they’re always going to be shelling out points. They’re only getting -3.5 against San Francisco this weekend. Lean in.

Hey, the Chargers got pumped by one of the best teams in the conference so that’s fine. I still like them, especially with their 6th ranked rush defence going up against Tennessee this weekend.

Next Game: Tennessee at San Diego -4.5

Somebody please tell me that Percy Harvin came out of retirement just to stick it to Seattle.

Nelson Agholor deflected blame for the loss against the Dallas Cowboys despite dropping a few passes because football’s a “team sport”. That’s so fantastic. I’m going to waddle around claiming that life is a team sport so I don’t have to accept responsibility for anything.

Next Game: Philadelphia at NYG -2.5

Listen, I know they tied Cincinnati. I know that they’re a mess and there’s a lot not to like about this team. Also, that it’s somehow difficult to celebrate Kirk Cousins throwing for 458 yards and 2 touchdowns overseas for some reason. But that’s sort of what makes them a fun team to bet on. You can hate them when they lose money for you, and you can still hate them (slightly less) when they win some money for you.

To be fair, the Seahawks probably shouldn’t care about all the talk that their offence is falling apart. Their division truly sucks. They just have to be good in the playoffs, which is something they have an annoying habit of doing.

Everything on paper says I should trust the Cardinals. They have a reasonably effective offence, a stellar defence and they prevent points. The problem is that Bruce Arians gets too freaking fancy and then likes to blame the refs for the team’s woes instead of himself.

As a guy who sold high on Will Fuller in fantasy football, I’m pretty proud of myself.

Cam’s allowed to scream foul about being protected by the refs when that’s the exact culture the NFL created with all their rule changes to begin with. He’s also allowed to get upset about it when people have been head hunting him since Week 1.

Next Game: Carolina -3.0 at Los Angeles

I really, really, really want to slot the Titans higher but it’s hard given that they just spent Thursday night ripping the Jaguars apart. I love what they’re doing, but it’s going to take a few more games like that for me to thrust them in to the playoff picture like everyone else is trying to do.

Next Game: Tennessee at San Diego -4.5

There are a ton of teams that I can’t really get my finger on this year, and the Giants are the poster boy for that. The fact that they’re 3-3-1 ATS makes it even worse. And now they’re favored against the Eagles. Urgh.

Next Game: Philadelphia at NYG -2.5

Next Game: Carolina -3.0 at Los Angeles

WHY DO I KEEP BETTING ON JIM CALDWELL?

Next Game: Detroit at Minnesota -6.0

I think we’re all pretty excited to see what Jay Ajayi is capable of now that teams are taking him more seriously.

The Bengals are now 1-3 ATS on the road, and 1-4 ATS if you can’t this last game as a roadie (which you should). They play the Giants on Monday Night Football so everyone can see how badly they suck.

Next Game: Indianapolis at Green Bay -7.5

The Bears just laid one of the best teams in the NFC to waste on prime time television. And what got them going? You (definitely did not) guessed it! A speech from Jay Cutler!

Ok the party on Revis Island is REAL if Terrell Pryor can make him look like an absolute chump with Josh McCown feeding him the ball.

If it makes Tampa fans feel any better, Lovie Smith is the head coach of Illinois and his team is 2-6 overall and last in the conference.

Did anyone else notice that Baltimore didn’t play this week? Good god, what a boring team. Thank goodness the blood rivalry of Steelers-Ravens arrives this weekend!

Next Game: Pittsburgh at Baltimore -1.0

“So how do you want this Thursday Night uniforms to looks?”

“Sort of like how the team makes you feel.”

Next Game: Jacksonville at Kansas City

I’m sure that the Cleveland Indians are thrilled that LeBron James cursed the team by bragging about “3-1” too much. (I know that’s two weeks that I haven’t said anything productive about the Browns. I’ll wait until they win a game.)

Next Game: Dallas -7.5 at Cleveland

San Francisco’s season couldn’t have gotten any weirder unless the band Smash Mouth used their Twitter account to defend Jeb York and Trent Baalke feverishly against fans of the team. Oh wait, that happened?