Whether the Minnesota Vikings bounce back against the Chicago Bears might hinge on the health of Jay Cutler’s thumb. 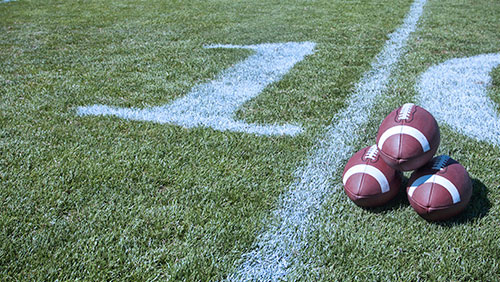 The Vikings are listed as the six-point favorite against the Bears, with a 40.5-point total. Minnesota is coming off a defeat last week against the Philadelphia Eagles, while Cutler is conveniently back from his thumb injury for the Bears’ first game since Brian Hoyer (broken forearm) went down for the season.

Minnesota is 5-1 both straight-up and against the spread. The Vikings’ 5-2 ATS record in their last seven games against the Bears covers up the fact Cutler is 8-5 as a starter against Minnesota, his best mark against an NFC North team.

The Vikings’ offensive line is coming off a brutal effort last week in Philadelphia, as LT T.J. Clemmings and RT Jeremiah Sirles are injury replacements who were repeatedly a step slow. The Bears have 15 sacks and OLB Leonard Floyd and Pernell McPhee are capable of bringing pressure.

Minnesota is 9-0 SU in their last nine games against teams with losing records, but needs better play up front before the conversation can even shift to QB Sam Bradford. Bradford has fit in well with TE Kyle Rudolph. The poor blocking has kept RB Jerick McKinnon from being effective.

The Bears are 1-6 SU and ATS. Similarly, Chicago is also 1-5 ATS in their last six home games. Provided Cutler can put a proper zip on his passes with his thumb, Chicago should get a boost from having their primary passer. Chicago has done well at avoiding sacks, but DE Bryan Robison and DE Danielle Hunter lead the strongest pass rush they have seen since Week 2 against the Philadelphia Eagles.

In the passing game, WR Alshon Jefferey and WR Cameron Meredith will be facing a top-rated secondary that is perhaps the deepest in the NFL. One shouldn’t expect much from the mediocre Bears running game, since MLB Eric Kendricks, OLB Anthony Barr and SS Andrew Sendejo are very sound tacklers.