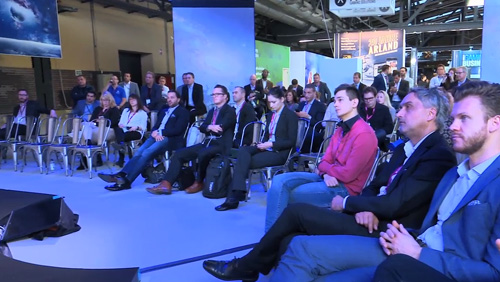 Last week, CalvinAyre.com joined iGaming operators, suppliers, affiliates, affiliate programs and other professionals in Berlin while attending EiG and BAC 2016.  These two events combined covered just about every aspect of the global online gambling industry and here are my top five takeaway from Berlin after spending five consecutive days reporting on both events.

Innovation in the iGaming industry is the underlying theme of EiG.  Not to fear failure was a concise and consistent message sent out to the world from all the interviews CalvinAyre.com conducted with innovative EiG speakers this year.

Christina Thakor-Rankin said during an EiG panel, “As an industry we have to be more open to failure- historically its always been about success and making things happen and work.  The industry is congested and fragmented now, we can’t take success in the UK and replicate it in other parts of the world”.

Will Whitehorn, former President of Virgin Galactic, delivered an inspiring presentation at EiG and said, “Learning to manage risk is one of the most important things in creating an innovation culture.  If any company is going to innovate, you have to give up the innate fear of failure”.

Whitehorn also discussed Richard Branson’s diagnosed dyslexia and how being dyslexic actually helped Branson build new businesses as he views problems in “simpler” terms and because he has no fear of failure.

BetConstruct’s CEO Vahe Baloulian is another example of a leader who is not afraid of failure, but who prefers to take “calculated risks”.  Baloulian announced his company’s latest innovation at EiG 2016, BetConstruct’s Open-Source Player Management System, pointing out the risk he’s taking but said he’s confident it will pay off in the end.

The EiG Start-up Launchpad is always a hit and one of the main professionals behind the feature, Melissa Blau of iGaming Capital, pointed out EiG’s Launchpad is extra special as the conference attracts the most senior members of our industry.  She also pointed out how the Launchpad finalists always reflect the latest trends in iGaming, for example at EiG 2016’s Launchpad we saw companies focused on eSports and gamification.

This year the winner was 1SpinMillionaire, a concept combining lottery and jackpots to allow customers to win huge amounts of money without additional stake.  1SpinMillionaire’s CEO, Martin Cagalinec, graciously accepted the honor and now has a free booth for EiG 2017 plus direct exposure to some of the industry’s biggest investors.

At the risk of sounding like a broken record, eSports has held its position as one of the hottest topics of discussion at iGaming conferences throughout 2016, including both EiG and BAC.  In fact, an eSports dedicated conference, eSports and Casino Resorts, is taking place right now in Las Vegas.

We saw booths at EiG dedicated to eSports companies such as RTSmunity, an analytics company focused on analyzing, predicting and researching eSports matches. RTSmutiny CEO Pavol Krasnovsky told CalvinAyre.com he had a tiny booth at EiG last year and 12 months later he’s at EiG 2016 with a much larger presence at the event due to the exponential growth of his company.

eSports proved to be a hot topic at the BAC as well, with sports betting affiliate programs such as Tipbet promoting the fact they have solid eSports offerings for affiliates.  At the BAC, Alexandre Tomic of SlotsMillion told CalvinAyre.com virtual reality technology will absolutely explode in the eSports sector, its just a matter of time.

One of the biggest and best surprises during my time in Berlin was meeting Fred Done of BetFred and conducting an interview with the sportsbetting industry legend.

Done decided to make BAC 2016 the first iGaming affiliate conference he’s ever attended, but confirmed its certainly not going to be his last.  He told CalvinAyre.com how much he values affiliates and wants to make clear to affiliates how important they are to his business and Active Wins, the affiliate program behind BetFred and a host of other online gambling brands.

Done also emphasized the importance of trust between affiliates and iGaming operators, pointing out he’s “oldschool” and happy to do deals on a handshake.  He said he’s happy attend conferences to talk with affiliates himself about issues they have with the program and wishes he had entered the online space earlier.

We at CalvinAyre.com are big believers in the potential of blockchain technology, Bitcoin and crypto-currencies in general, something our loyal readers already know.

At EiG 2016, Niels Kerstholt of Bitpay told CalvinAyre.com about his company’s recent deal with Netbet, the first operator licensed by the UK to offer Bitcoin payment options to their customers.  Kerstholt had a schedule packed full of meetings with operators and also iGaming suppliers at EiG as the opportunity for Bitcoin goes far beyond B2C transactions.  In fact, doing deals and payouts in Bitcoin with affiliates and other B2B services within the industry is an area of huge opportunity, especially considering plenty of these deals are done internationally.

For sure Bitcoin is the biggest innovation we’ve seen since the internet and its impact on our industry will be huge, this is just the beginning.  My prediction is Bitcoin will be capturing many more headlines in 2017, so be sure to keep your eyes on this space.