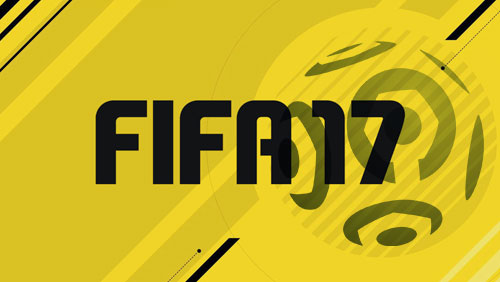 The French professional football league: Ligue 1 has become the first of its kind to join forces with video game developer EA Sports to create an eLeague based on the world’s most popular sports game franchise FIFA.

The new league billed as e-Ligue will consist of the same 20-teams that currently occupy Ligue 1 and will be composed of a three-phase season system to identify the winner.

The game of choice will be FIFA 17 and each Ligue 1 side will hire two eSports athletes that specialise in the FIFA franchise to represent them in the new e-Ligue with one of the players being a PlayStation 4 expert and the other a proponent of Xbox One.

The way the league will work is a little sketchy but news reports suggest a Winter Season to commence November 2016 and end December 2016. A second phase will take place between February & March 2017, with the e-Ligue Playoffs held in May.

The news breaks a week after the reigning champions in Ligue 1, Paris St Germain, entered the eSports industry by acquiring League of Legends (LOL) side HUMA after Riot Games handed the previous owner Behdad Jaafarian a ban for failing to pay his players in a timely fashion.

PSG then went on to hire Bora “YellowStar” Kim, August “Agge” Rosenmeier, and Lucas “DaXe” Cuillerier. Kim, who is a five-time LOL champion will step down from his playing activities to take on the role of Head of eSports.

Every team needs a boss and we found ours : please welcome @YellowstarL0L as our head of eSports !  #DreamBigger pic.twitter.com/39GCAMHZio

Where Can This Lead?

Although each team will hire two people, the matches are still going to be Player v Player. I believe FIFA should take a leaf out of NBA 2K16’s books and turn their game into the team sport it was meant to be. Each side should hire a squad of players who each represent themselves in 11 v 11 player mode.

I don’t like the idea of the e-Ligue consisting of three different phases with a PlayOffs. That’s not the way Ligue 1 works, and I think e-Ligue would gain more traction if their league and domestic cup schedules mirrored their bigger brother.

The next stage, is of course, for the likes of the Bundesliga, Premier League, Serie A, and La Liga to also create eLeagues. The top teams can them compete in a Champions League style format (although UEFA runs that baby and not FIFA), and the strongest players from each country can represent their national side in the FIFA Interactive World Cup (FIWC) using the same 11 v 11 methodologies.

Betting on the outcome of football matches can only be matched by the Sport of Kings, horse racing. There is no reason why betting on the results of FIFA 17 games including in-play betting cannot be replicated with the same success.