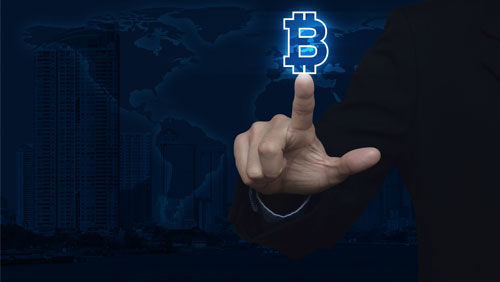 Popular digital currency bitcoin spent the weekend settling in comfortably back to the $650 price range, thanks to Chinese speculators and investors that are returning to digital currency following the recent yuan devaluation.

The price of the virtual currency rose 4 percent in one day, led by Chinese exchanges on the back of a bitcoin mining conference in China’s Chengdu city. The conference, according to Finance Magnates, was hosted by bitcoin mining hardware producer Bitmain.

Analysts believe the conference points to the possible end of the bitcoin scale debate, which centered on the path that needs to be taken to increase the number of transactions the bitcoin network can handle. Currently, the bitcoin network is limited to 1Mb every 10 minutes, or about three to six transactions per second. To increase the limit, some suggest to hard fork—which calls for upgrading the software—while others want a soft fork, which allows network users to either adopt the new protocol or not and still remain part of the network.

“The bitcoin price surge was led by optimistic Chinese traders on the back of support for Bitcoin unlimited and a fix to the bitcoin scaling debate,” CryptoCompare.com CEO Charles Hayter said, according to the news outlet.

Despite not having a legal status—yet—experts have been attributing the recent surge in the price of bitcoin to the hearty demand from the Chinese market due to fears of Chinese yuan devaluation.

However, it appears that the Chinese government is starting to warm up to digital currency.

Last week, the Chinese Ministry of Industry and Information Technology (MIIT) came out with a white paper that explores the applications of blockchain—the technology behind popular digital currency bitcoin—particularly in the finance sector. According to the paper, blockchain can be applied in several scenarios, such as supply-chain management, analyzing finance, entertainment, smart manufacturing, social welfare, education and employment.