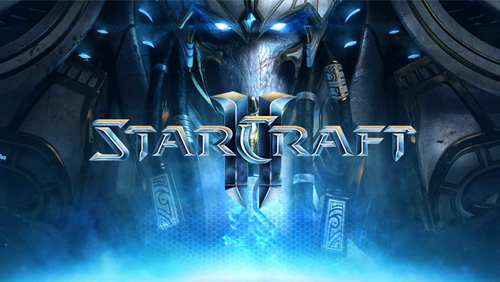 The oldest eSports league in the world, South Korea’s StarCraft ProLeague, has closed down after 14-years in the business due to problems with sponsorship and match fixing scandals.

There are some of us, like me, who have been caught up in the tidal wave of eSports stories in the press, and are blown away by the immediacy of the sports growth.

And then you wake up one morning and read that South Korea’s eSports Association (KeSPA) has been running the StarCraft ProLeague for the past 14-years.

The league was the top dog when it came to the StarCraft: Brood Wars, and in 2012 switched to Starcraft II (much to the notice of most of the players).

Over the years, many broadcasting channels have showcased the league including OnGameNet, MBCGame, and since 2014, SPOTV Games.

Eilers Research predicts that betting on eSports will be worth an estimated $1.8 billion by 2020, and StarCraft II has a small piece of that pie. StarCraft II is a very complex game, but that hasn’t stopped the likes of Betway, Pinnacle and Bet365 offering odds on Starcraft II matches.

The End of The Starcraft ProLeague

The StarCraft ProLeague may hold the honour of being the oldest eSports league in the world, but they won’t be lengthening the record after ESPN broke the news of the league’s closure.

StarCraft is the game that turned Bertrand ‘ElkY’ Grospellier and Lex ‘RaSZi’ Veldhuis into household names on the circuit before they crossed over to professional poker and secured contracts with PokerStars. ElkY retains his ties with the eSports world playing Hearthstone professionally for Team Liquid, and I reached out to him for comment on the abolishment of the league.

“The match fixing scandals are never a good thing in any industry. Sometimes people’s greed takes over and they end up tarnishing every passionate gamers reputation. But the ProLeague’s problems went deeper than match fixing. It wasn’t able to recreate itself and keep up with the times. To be completely honest I’ve only watched the first season of the SC2 one, after competing in the first 2 seasons in SC : BW. The entire eSport scene is evolving so quickly, and Korea, despite having a huge role, isn’t the centre of it anymore. My guess is they didn’t really adapt to the necessary globalization to attract sufficient sponsors.”

League Chairman, Jun Byung Hun, told the press that the league closed due to a drop in interest from ProLeague teams, lack of sponsorship funds, and match-fixing problems.

In 2010, KeSPA banned 11 players due to match fixing issues linked to illegal gambling. In October 2015 KeSPA handed StarCraft player YoDa and a coach named Gerrard lifetime bans, and as recently as the spring allegations surfaced that Lee “Life” Seung Hyun, a 10-time tournament champion, had received $60,000 to throw two of his matches in May 2015. The aptly named Bung “Bbyong” Woo Yong was also paid $26,000 to throw one of his matches at the turn of the year.

As ProLeague officials began rigging up explosive around the league’s structure, only seven teams remained. According to ESPN five of those teams have since disbanded with only Team Afreeca and Jin Air able to maintain their rosters.

Here is a little video for all of you who would like to take a teary-eyed moment over the loss.