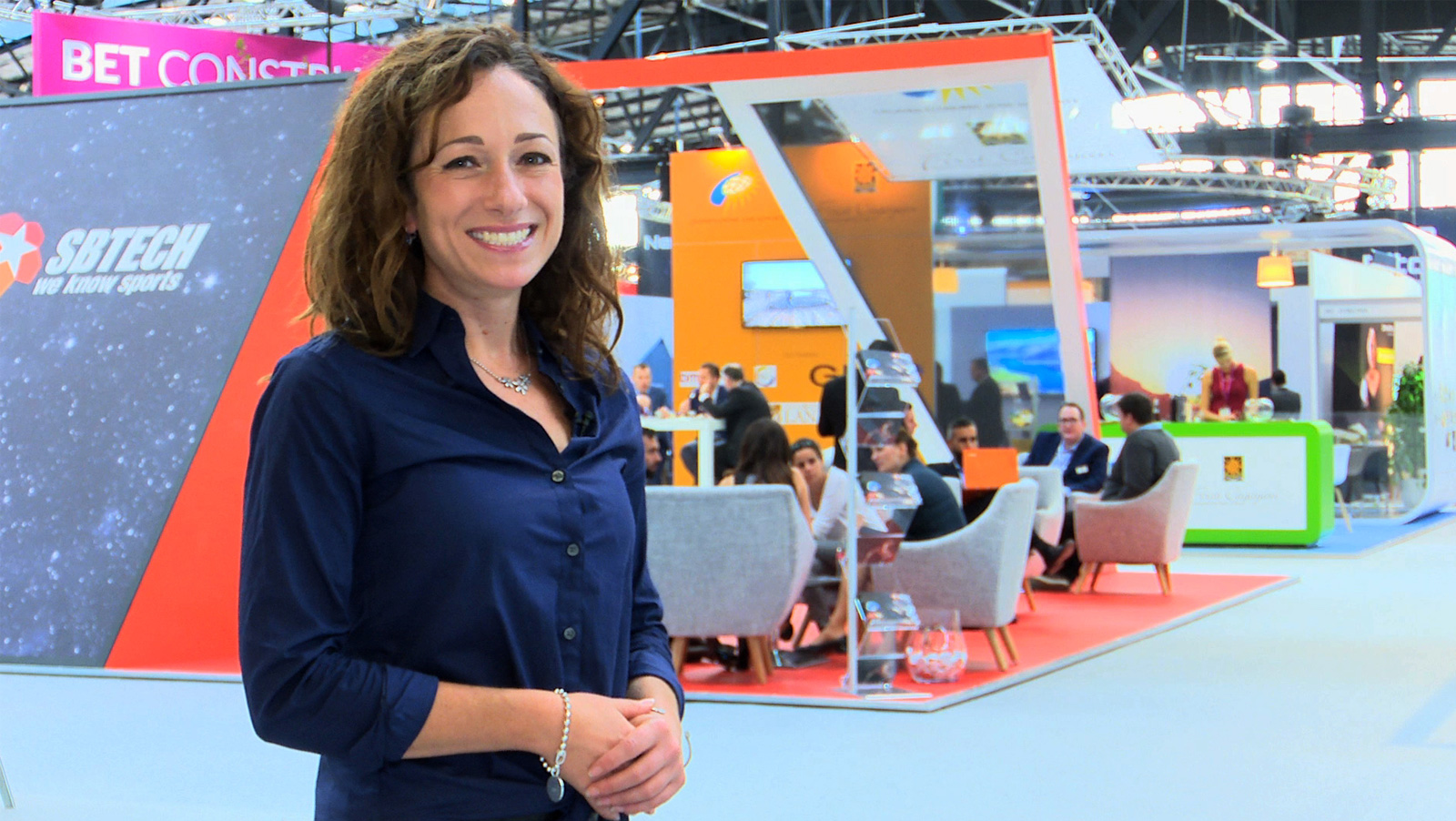 CalvinAyre.com returned to the Arena Berlin for the second day of EiG 2016 along with operators, regulators, suppliers, media and other iGaming professionals from around the world.  Today felt even busier than day one, with solid crowds populating the networking areas, sessions and booth space throughout the day.

After chatting with Clarion, we learned the numbers are officially up from last year and today was, in fact, busier than day one by at least several hundred people.

EiG is known for the quality of its sessions and for bringing in experts from other industries to share knowledge on issues we also face in the iGaming industry.  Today’s “What gaming can learn from music streaming” session featured Golan Shaked of Deezer, a music streaming company similar to Spotify.

Shaked revealed the extensive amount of research Deezer conducts to get to know their customer such as determining psychographics, using heat maps, eye-tracking devices, user observation, focus groups, tracking open and response rates and more.  “We try and determine emotions when customers are listening to the music”, he said.

Shaked emphasized the importance of understanding context and said knowing your customer isn’t enough.  “Its all about contextual marketing, not CRM”, he said.

When it comes to the music industry specifically and charging a set fee per month such as Deezer does, Shaked said his goal is for customers to continue streaming music because usage drives conversions.

The sportsbetting industry is already doing the same, by offering odds and bonuses to matches the book predicts each individual customer will be interested in, its all about personalization in any digital industry.  “Identify what the customer wants before they even know”, Shaked said.

One of EiG’s most impressive booths this year was constructed by betinvest, a B2C and B2B retail and online sports betting company.  Their products on display at EiG include white label solutions, live odds, retail solutions and betting terminals, all coming from more than 17 years of experience in the industry.

Valentyn Kyrylenko of betinvest gave us a demo of how their betting terminals work, a piece of technology offering a fully integrated sportsbook within the terminal.  The design was created to save money and time for customers with a touch screen and intuitive features, deposits and withdrawals using the customer’s card or “direct” cash betting when the customer enters their bet amount into the bill acceptor and receives a printed ticket for confirmation.

When asked why betinvest decided to book such a big booth at EiG, Kyrylenko said it was the perfect way to show the industry how big and established their brand is and thanked Clarion for their hard work and the outstanding opportunity.

BetConstruct also constructed an extravagant booth this year at EiG with a “Garden of Eden” theme.  The BetConstruct team always has a solid presence at EiG and they’ve now made it a tradition to host a big dinner and celebration for current customers, potential customers and friends in the industry to announce their latest technology during the event.

BetContruct CEO Vahe Baloulian revealed details of the first Open-Source Player Management System to be released in the spring of 2017.  BetContruct will offer open source codes for user management, accounts, wallets, reporting, notification systems and KYC.  The idea is to give customers freedom and while Baloulian acknowledged the risk involved with this new technology, he said it was a calculated risk and is confident it will pay off.

Today’s mobile payments panel featured Christian Karlsson, Head of Payments for LeoVegas and Tal Miller, CEO of Fibonatix, with a combined total of 10 years in the iGaming payments industry.

Miller said the lack of a unified approach to payments is the biggest issue we are facing in the industry today. “This is the show stopper in terms of getting [mobile payments] more integrated and better aligned with what is out there”, he said.

Karlsson said most payment solutions have been built for desktop and then moved to mobile, but for LeoVegas, a mobile-first casino, all they’re thinking about is how payments are working on mobile. “If its not good on mobile, you’ll never be successful”, he said.

When asked what payment method works best for mobile, Karlsson confirmed credit cards work well and enable LeoVegas to run “one-click” solution payments. “Its the best way to go.  Once the credit card is registered under the profile, there’s a much bigger chance the customer will conduct a transaction”, he said.

Karlsson also said he looks outside the gambling industry for ideas on how to improve LeoVegas payment options.  “A lot of iGaming operators afraid to be the first mover”, he said.  Karlsson studies companies such as Netflix and Uber and takes note of how they get a customer to register their card without actually making a deposit.

“Find a way to get your customer to register a card without a payment, the conversion is so much higher”, he said.