Home / Poker / Poker: A Game Where You Can Learn to Love Instead of Hate 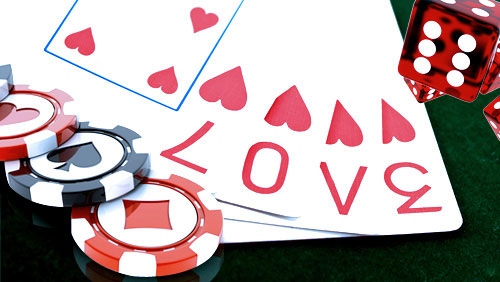 
How is this for a tough spot.

I was sat in the maternity ward when a couple started talking about Brexit.

Woman: “Did you hear about that Polish guy who was battered close to death for being Polish?”

Woman: “It’s nuts. I mean…how can you nearly kill someone for being different?”

She talked loud enough so people could hear her point of view – slightly annoying – but I liked what she had to say.

Woman: “The thing is…it wouldn’t have happened if he was in Poland. Perhaps he did deserve it. I mean…why do they have to come over here and take our homes and our jobs. It bugs me, it does. Especially the Americans. What the fuck are they doing over here? Aren’t there enough jobs in America? Coming over here, using our healthcare…go back to where you come from. I have never even been to any of these places…don’t want to…so why are they over here?”

It was evident this bigot had heard my wife’s American accent. The overly loud voice was for my benefit. The wife was in the toilet and didn’t hear this hand grenade full of racism. If you had cut me open, you could have boiled an egg in my blood.

After he has showered me with this filth she looked at me with this ‘your turn, Clyde,’ type of look, and I went into thought mode.

We Aren’t Born This Way

Here is one of my favourite quotes from Nelson Mandela.

“No one is born hating another person because of the colour of his skin, or his background, or his religion. People must learn to hate, and if they can learn to hate, they can be taught to love, for love comes more naturally to the human heart than its opposite.”

I wouldn’t go as far as to say I used to hate, but I was a little prick when it came to my views on ‘bloody foreigners’. And it all stemmed from the way I was raised.

My parents belonged in the ‘what are these bloody foreigners doing in this country’ brigade, and their stance is so hypocritical and confusing. One of ‘those bloody foreigners’ impregnated my mother, and I wouldn’t be here typing this if some of his foreign man juice hadn’t found its way to her perfectly British egg. My son’s mother is quarter Polish, my wife is Korean-American, and my daughter has more nationalities in her blood than you will see at Barack Obama’s birthday party.

It wasn’t just ‘bloody foreigners’ that used to bother me, it was anyone who wasn’t like me. My operating system divided people as weak/strong, wealthy/poor, smelly/clean, stupid/smart, ugly/beautiful, naughty/nice. I was as polarised as you can get, and I learned it all from my parents.

There was one black family where I grew up. They were called the Tulloch family. The only Chinese people apart from me were called the Wings, and they ran the local Chinese takeaway. The Middle Eastern family ran the local kebab shop. The Indian family owned the corner shop. All very stereotypical. All very nice and neatly packaged as my little world.

And then, one day I found poker and a few friends, and I started a local home game over the pub. It was like the United Nations. There was an Irishman called Danny who used to feed his children nothing but potatoes. Then there was Turkish Kurt, a man of Middle Eastern descent, who had a head as big as an elephant’s.

The local drug dealer used to play. He only had £5 notes, and periodically, people would call in, stop the game, and ask him for a tin of green paint. There was an Iranian; a know it all bookmaker, a Spaniard who had just had a kid and used to play to escape the shitty nappies, and an old lady who used to tell her old man she was in bingo and all the while she was doing her peanuts playing Dealers Choice cash games.

You are forced to communicate. On one level it’s all part of the strategy, but on the other hand, you talk because that’s what you do when you are in a pub playing cards with someone.

I would talk to the Iranian about his views on terrorism, what he thought about his country’s rules on killing homosexuals, and what is was like having a next door neighbour like Saddam Hussain. I would talk to the drug dealer about the fact he has never had a bank account in his life, never paid taxes, and why he always stuffed his weed in corned beef and ate it instead of smoking it. And I liked talking to the old lady about why she thought bingo was a game of skill.

Cabinet Minister, Priti Patel, compared Brexit negotiations with a high-stakes poker game, earlier today. It was an off-hand remark about the need to never show your hand unless you had to. It got me thinking. There was no way anyone sat around my local home game would have voted YES.

Back to the maternity ward and I was shaking with anger. My heart was beating loud and hard like I had just bluffed someone. I wanted to shame her for her bigotry, but then I looked at her. She was heavily pregnant. My wife was the same. I would call her out, she would react, my wife would act, and the other preggy ladies would link arms in a circle shouting Fight! Fight! Fight!

Before I got a chance to be a chicken, she was called in to see the nurse, and I was left thinking about that child in her belly, doomed to be a bigot like mummy and I hoped to fuck that he or she managed to find their way into a poker game so they could learn to love instead of how to hate.

The Ghost of the Boatman: He Played For His Wife book review (not really)
Lee Davy
20 December 2017